President Obama took time out of his busy schedule to call the U.S. Men's World Cup Soccer team and congratulate them on their extraordinary win against Algeria, advancing the U.S. to the next round. 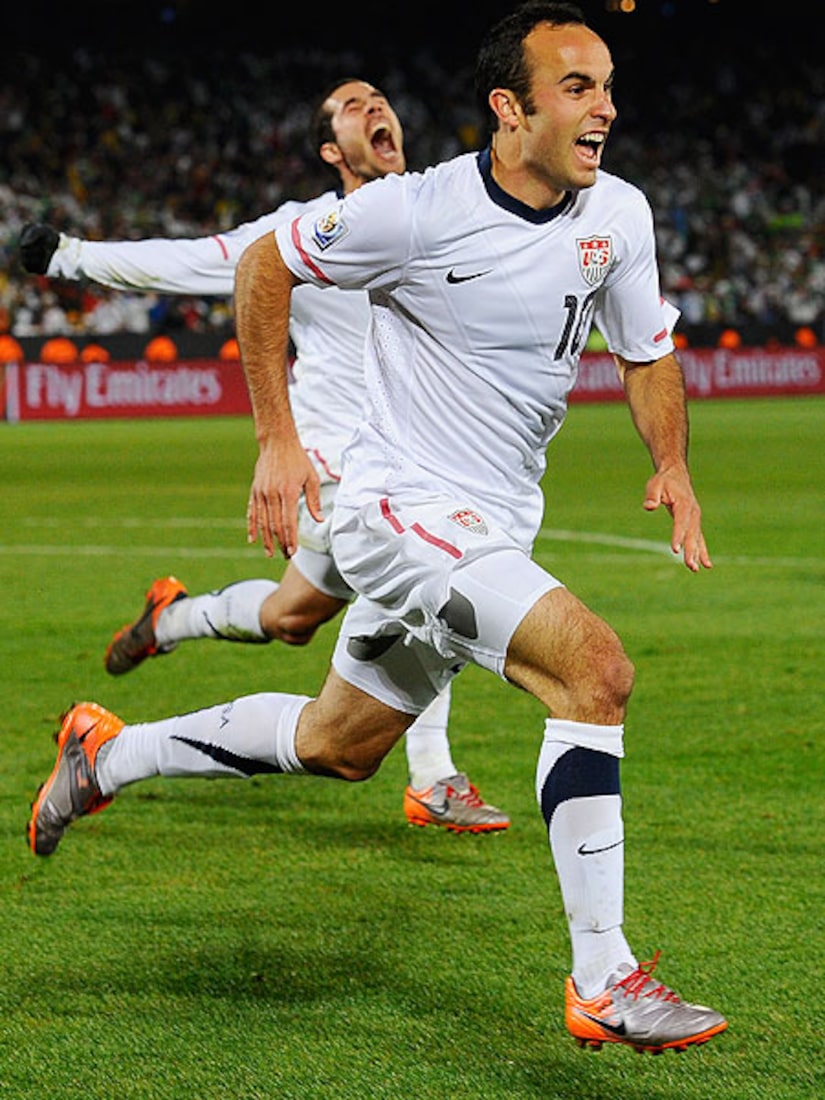 According to a statement from the White House, the President "told them that while he was meeting with General Petraeus in the Oval Office, he could hear the rest of the West Wing erupt when Landon Donovan scored the game winner. The President then congratulated Donovan on the game-winning goal, asked Tim Howard how his ribs were feeling and asked Clint Dempsey how his lip was doing. The President wished the team good luck on Saturday and made sure they knew that the entire country was cheering them on."

See photos of all the soccer hotties on the field!

Meanwhile, former President Bill Clinton decided to celebrate with the team in the locker room, knocking back a few beers. Check out this twitpic of Clinton with player Carlos Bocanegra! 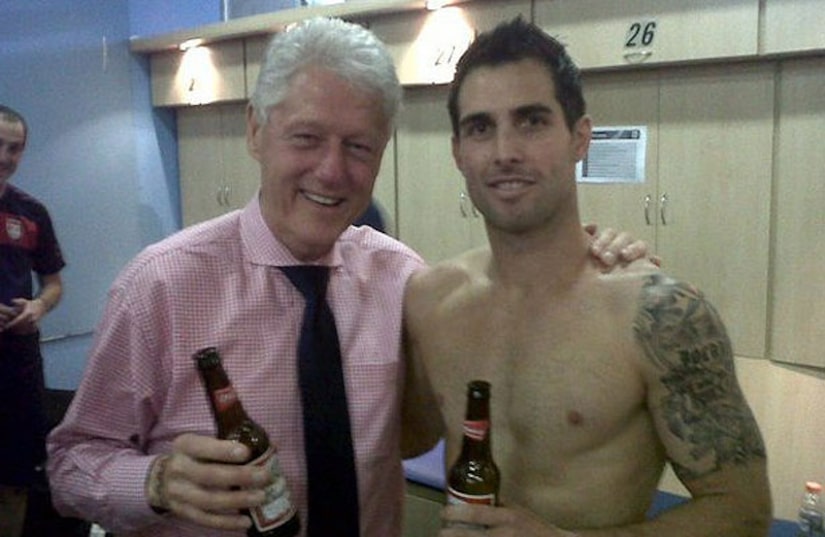