The always controversial Lady Gaga posed on the cover of Rolling Stone's July issue wearing next to nothing and holding a rifle. 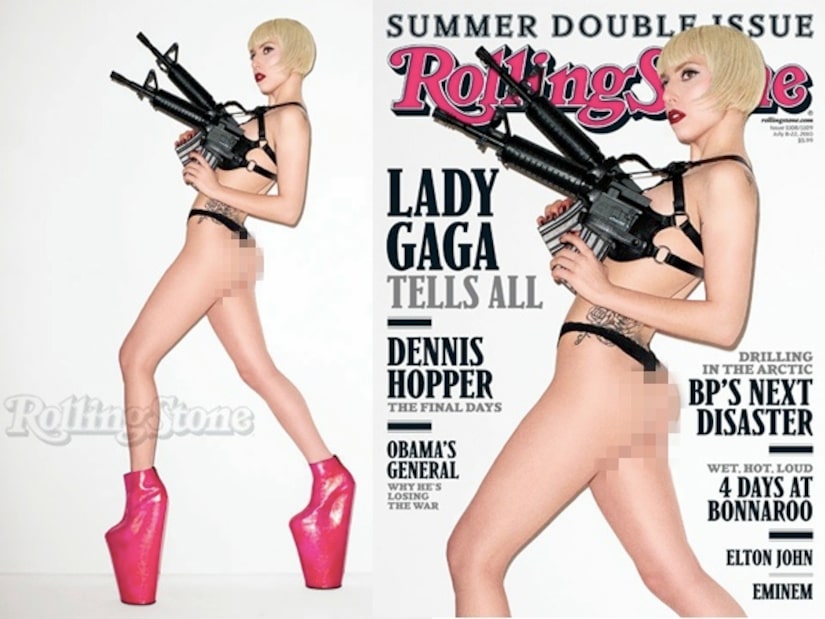 During an interview with Contributing Editor Neil Strauss, the singer opened up about the breakup that inspired her transformation from Germanotta to Gaga, her relationship with her dad and the love she has for her fans.

"If I were to ever, God forbid, get hurt onstage and my fans were screaming outside of the hospital, waiting for me to come out, I'd come out as Gaga," she says, adding that she models her celebrity on Michael Jackson. "Michael got burned, and he lifted that glittered glove so damn high so his fans could see him, because he was in the art of show business. That's what we do. I don't even drink water onstage in front of anybody, because I want them to focus on the fantasy of the music."

You can read the entire interview in Rolling Stone, on newsstands June 23.