After showing up to Yankee Stadium on Friday night without her pants, Lady Gaga has reportedly been banned from the exclusive clubhouse because of her wild ways. 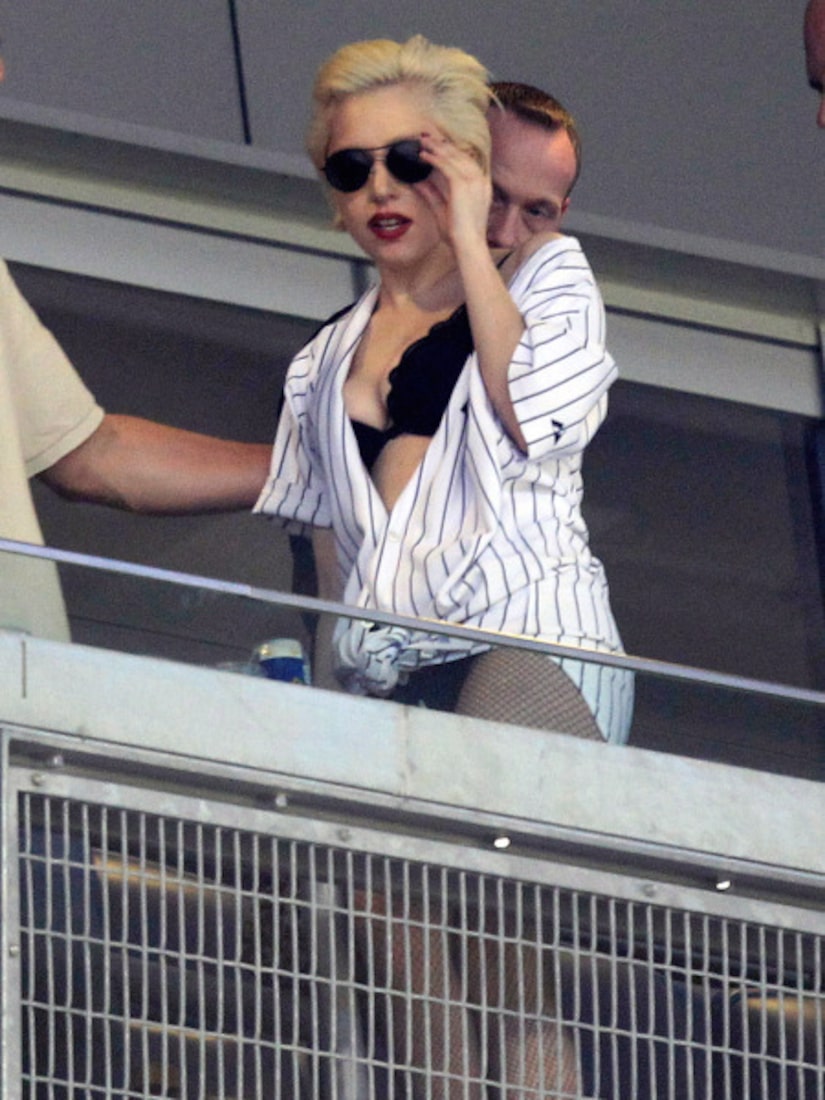 Sources told the New York Post that the singer was chugging whiskey and repeatedly fondled her chest while in the Bombers' clubhouse. Yankee Co-Chairman Hal Steinbrenner reportedly told stadium executives that Gaga is permanently banned because of her antics.

This isn't the first time Gaga made a spectacle at a baseball game. The 24-year-old performer turned heads on June 10 while attending a Mets game, where she flipped off nearby photographers.