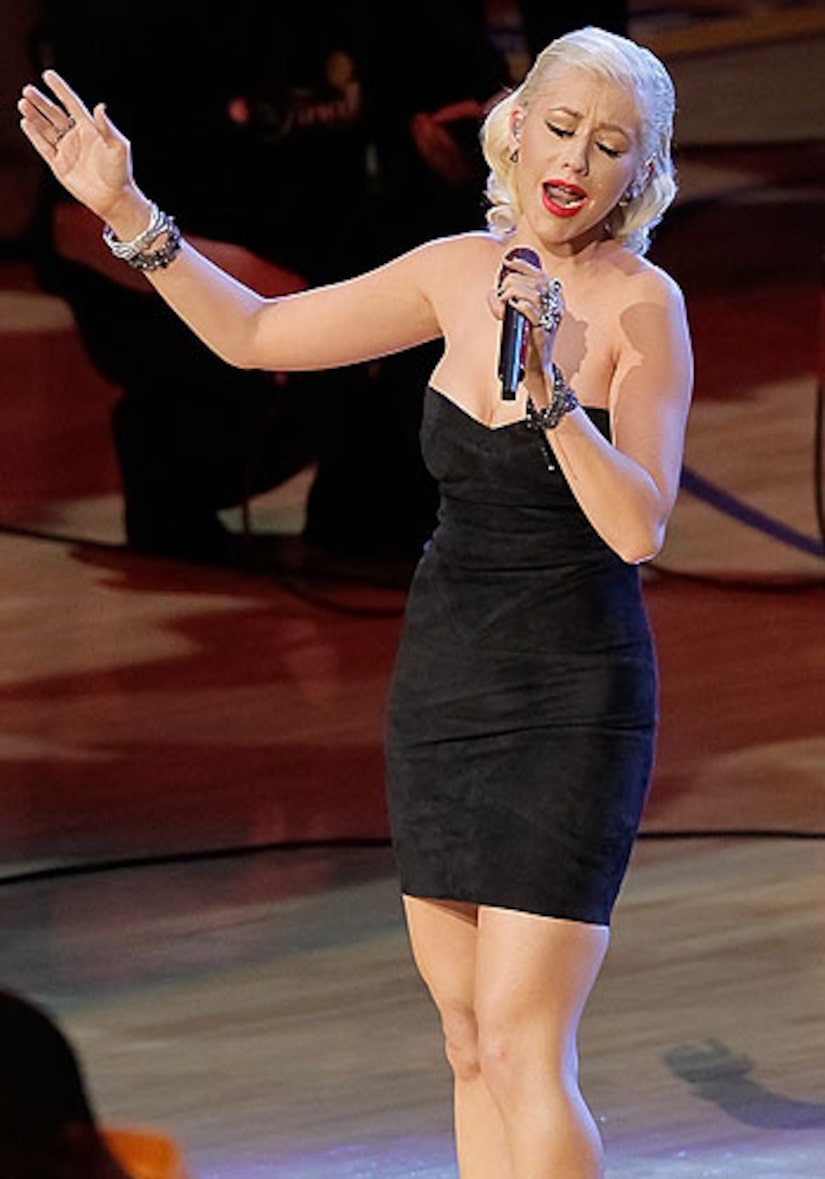 Singer Christina Aguilera was chosen to once again sing the National Anthem - this time in the final game of the NBA Finals. -- Full story at Yahoo

Get more "Extra" scoop on the latest headlines for June 17!

Charlie Sheen's car was not the only vehicle stolen early Tuesday and taken to Mulholland Drive. -- TMZ

Set your DVRs: Miley Cyrus will be joined by Bret Michaels for a performance this Friday in the "Good Morning America Summer Concert Series." -- Gossip Cop