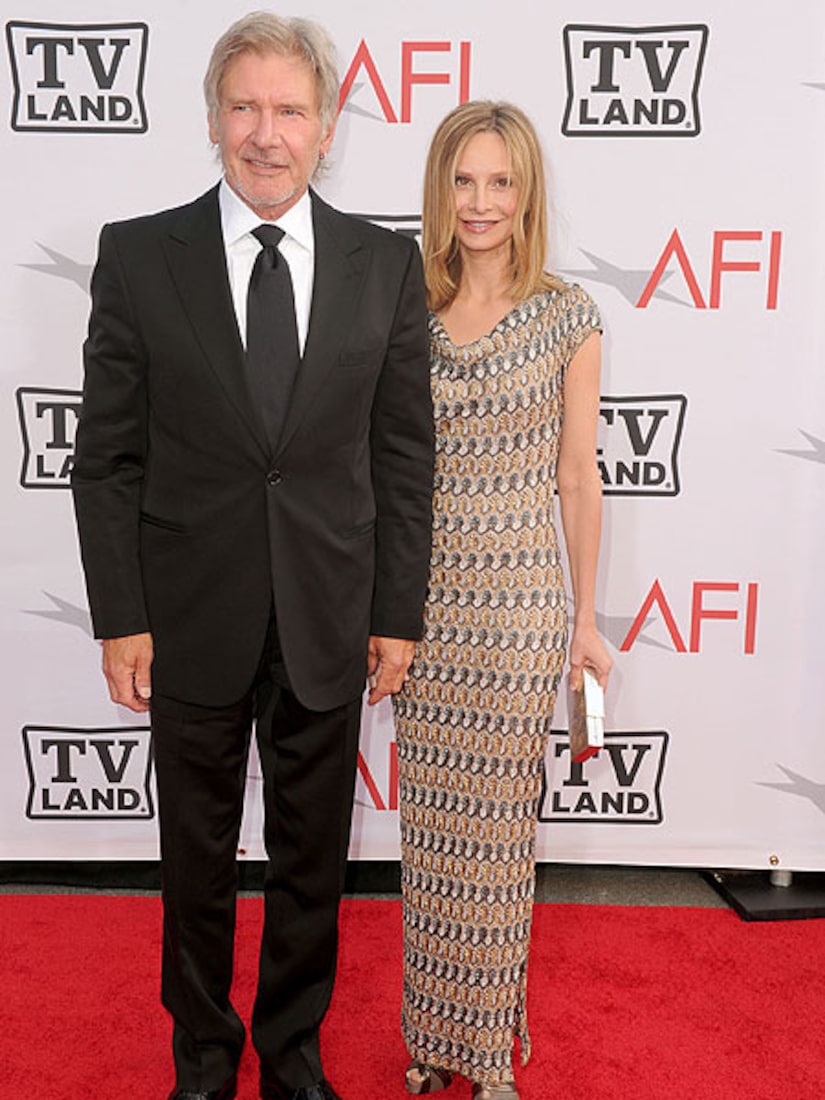 The two exchanged vows in a private ceremony Tuesday in Santa Fe, New Mexico, officiated by the state's Gov. Bill Richardson. Both the actors' reps have confirmed the nuptials.

The small affair took place at the governor's mansion, on a hilltop. Since Richardson is not ordained, Supreme Court Chief Justice Charles Daniels was also in attendance to make Ford and Flockhart's union official.

Ford, 66, and Flockhart, 44, have been dating for over eight years, and have been engaged since March 2009. Flockhart adopted a baby in January 2001.

Ford has been married twice before and has four children and two grandchildren. The wedding ceremony was so quiet, his kids didn't even attend.