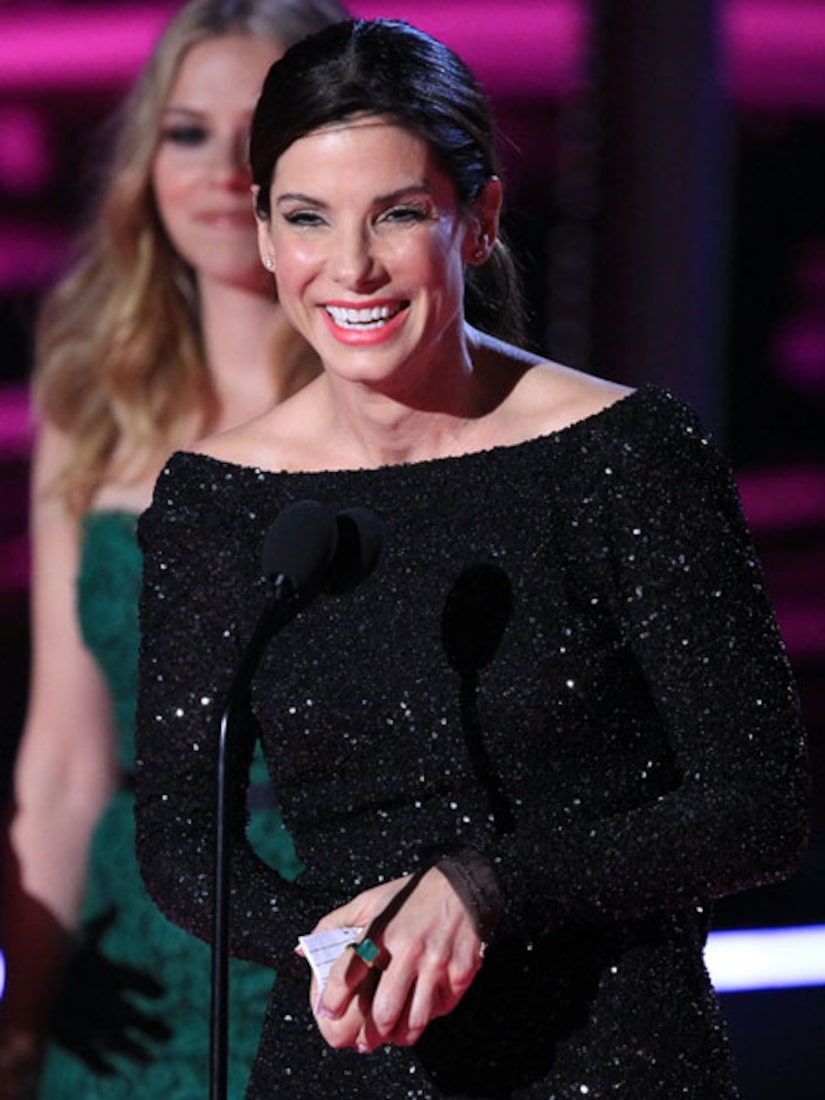 Presented by Bradley Cooper, Betty White and Scarlett Johansson, Bullock received more than just the award during the show, she also got a smooch from Johansson!

While accepting the honor, Bullock turned toward the blonde beauty and asked, "Scarlett....I love you and all, but this is a little uncomfortable...why are you here?"

Johansson, who is married to Bullock's "Proposal" co-star Ryan Reynolds, responded, "Well, since Ryan was working, I wanted to be here in his place when you guys won Best Kiss."

"That's so nice," Bullock replied. "But we didn't win." Johansson noted that the Oscar winner and Reynolds should have won because their kiss was "so sweet." The two women then slowly moved toward each other and shocked the audience with a kiss.

America's sweetheart broke the ice by saying, "Can we please go back to normal - because therapy is really expensive."

Sandra Bullock is the first woman to receive the MTV Generation Award.