Sandra Bullock will be making her first official public appearance at the MTV Movie Awards this Sunday, June 6 and "Extra" has learned some top-secret details about a possible reunion with her "Proposal" co-star Betty White. 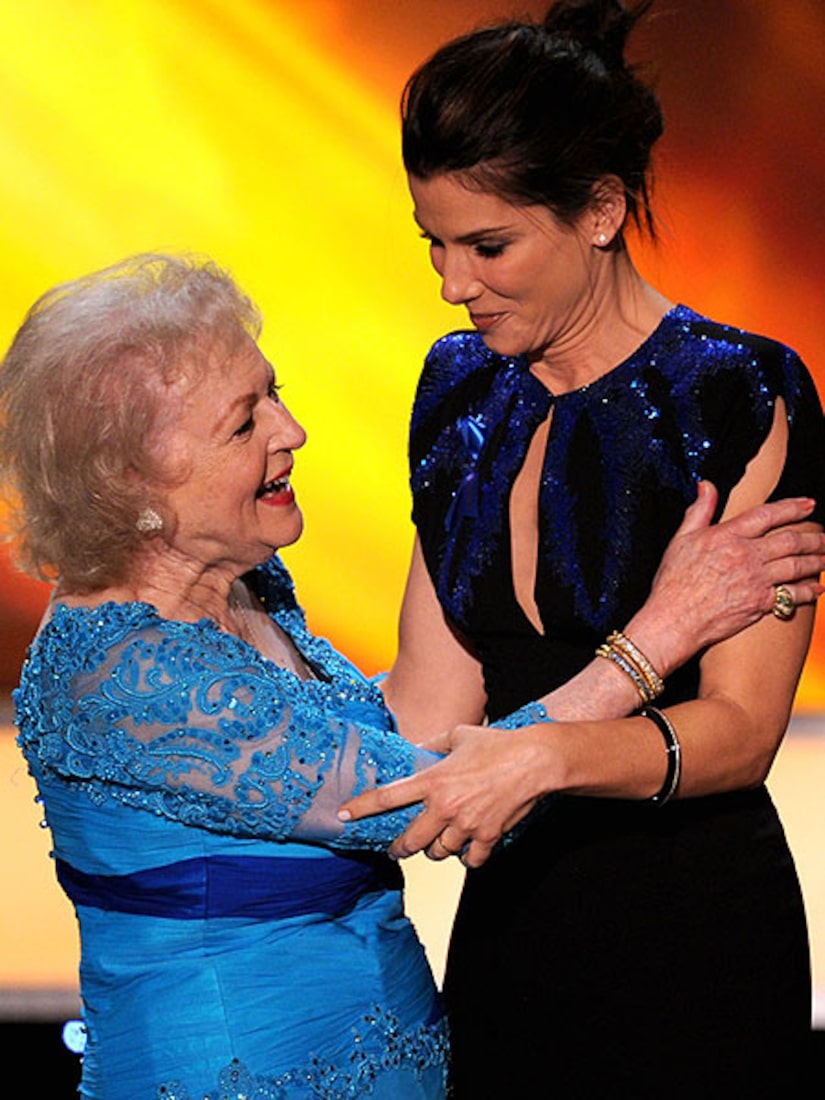 MTV Movie Award Executive Producer Audrey Morrissey talked to "Extra" from the rehearsal today about honoring Sandra Bullock at this year's show with the Generation Award. "It was unanimous," she said. "There was none other than Sandra that we wanted to give it to. It really was her year. It was really about that we made the offer and she accepted, and we're thrilled to have her."

Coincidentally, Sandra's co-star from "The Proposal," Betty White, will be attending this year's awards as a nominee for the Best WTF Moment. Morrissey hinted that, "There's a strong possibility that Betty might be involved in a moment with Sandra."

Following White's highly-rated appearance on "Saturday Night Live," Morrissey assured viewers that they will be treated to her comedic style again: "Betty will give us a moment, that's for sure. There will definitely be some comedy with Betty. That won't disappoint either."

Be sure to check out the star-studded event this Sunday on MTV.