"Extra's" Terri Seymour got to the bottom of a rumor about Bradley Cooper and reported girlfriend Renee Zellweger at the "A-Team" premiere Thursday night. 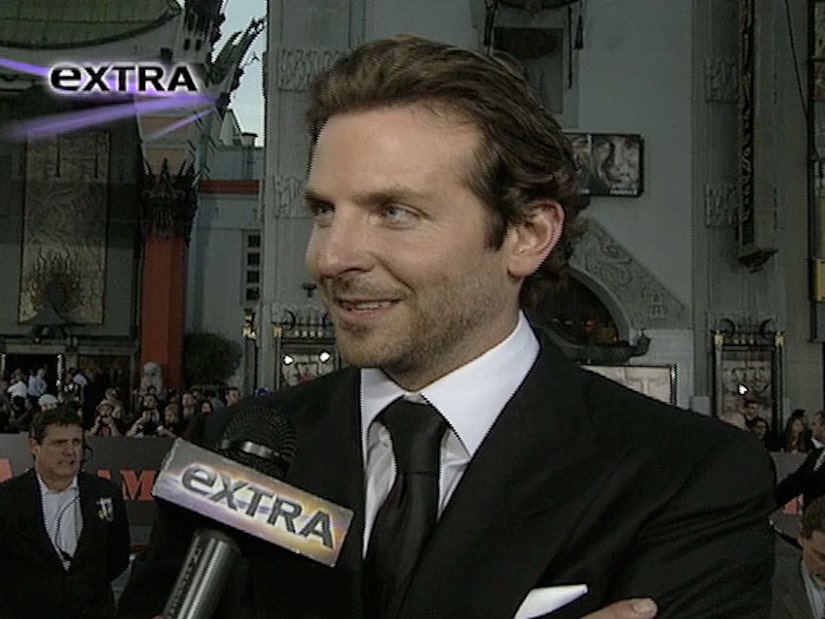 "Do you have a bridge connecting you to a very good friend's house?" Terri asked the star.

A shocked Bradley laughed at the question. "That's like saying, 'Do you have a moat that has a draw bridge,'" he said. "I did recently move into a house that has like a hallway, I wouldn't say it's a bridge -- that connects the kitchen to the bedroom."

Check out facts you didn't know about Bradley Cooper

The "Hangover" star's new flick, "A-Team," hits theaters next Friday, and Cooper tells "Extra" that preparing for the film was "brutal." "I will never want to do that again. It's not so much the training, it's the eating and the lack there of," said Cooper, who prides himself on being a huge eater. "I was sort of blessed to be able eat to an insane amount, more than anybody I've ever met, except for one guy in college, and not get obese. We ate 2,000 calories a day [on set]."

As for Bradley's next movie role, he just wrapped filming "The Dark Fields." "I just finished a movie on Saturday with Robert DeNiro, Abbie Cornish and Anna Friel, which comes out in March," he said. "That was an incredible experience."