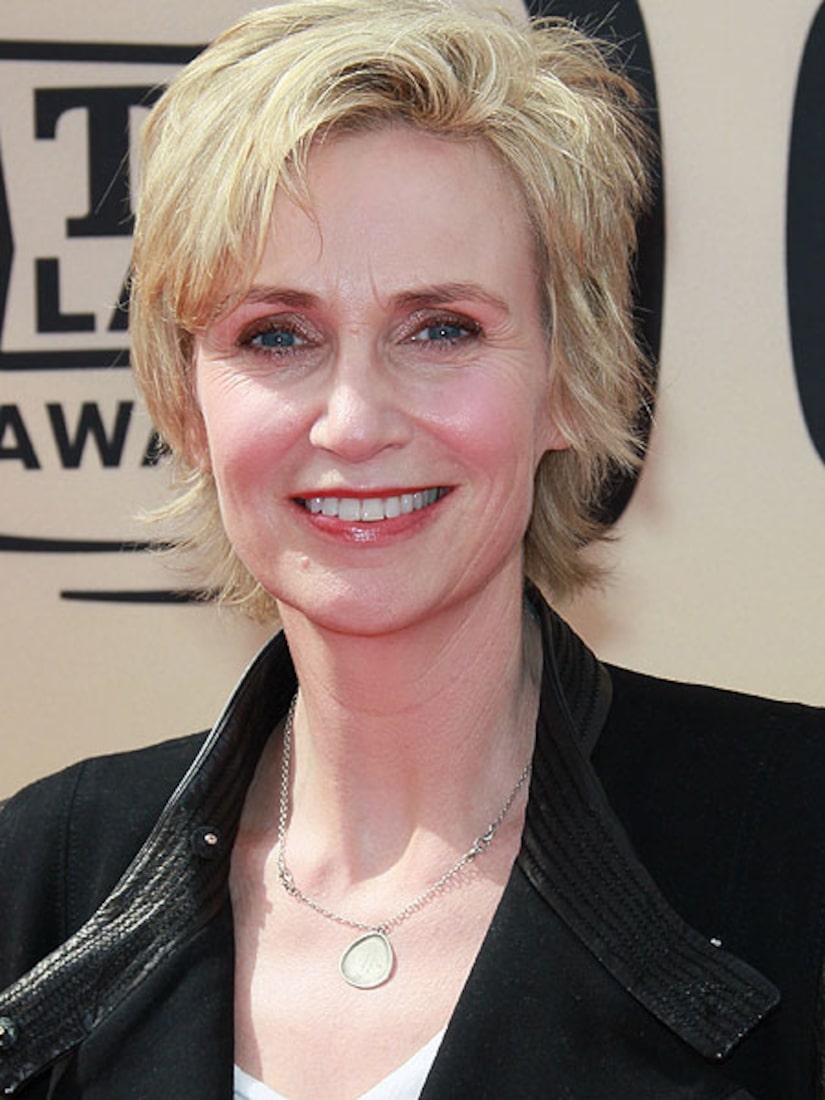 "There were no celebrities or recognizable faces there," Snow told People.com. "Lara's daughter was there, along with close, close friends of the couple. It was small, warm, intimate and very sweet. You could feel the love and friendship amongst the group."

The newlyweds and their 19 guests dined on gourmet food and enjoyed a reception featuring a four-piece jazz combo.

Lynch and Embry have been engaged since November. The actress, known for her acerbic quips as "Glee's" Sue Sylvester, told People earlier this year: "It's just the greatest thrill in the world to find somebody that you want to be with every day."