British Duchess of York Sarah "Fergie" Ferguson finally explains why she tried to get money in exchange for getting access to her ex-husband Prince Andrew; she was intoxicated. 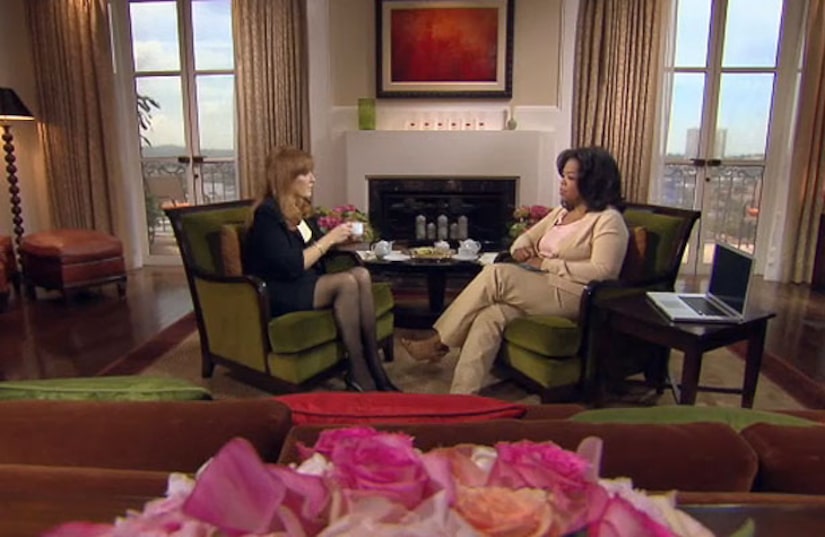 Oprah Winfrey sat down with Ferguson (airing Tuesday) to talk about her indiscretions. Fergie admitted, after seeing herself on tape in the sting operation, she wasn't "in the right place."

Fergie also confessed she was broke, which prompted Oprah to ask why, if she was the Duchess of York? Fergie replied, "Like anybody that goes through -- whether it be addiction to food, addiction to who knows what -- I don't call it an addiction because I think it's just out of control behavior. I think I've got a huge uphill battle."

"Extra" Lifechanger Dr. Drew Pinsky isn't buying that excuse. "Addiction is defined by out of control behavior," he explained. "Consequences define addiction, and certainly she's had tons of consequences from this behavior.

Reportedly, the Royal Family is upset Ferguson put herself in front of another camera and now there are rumors she may move to the U.S.

"She certainly has an opportunity to come to America," Rebecca Dana of The Daily Beast told "Extra." "Put a little distance between her and the rest of the Royals, which I think could be a very good move for her."

What about Ferguson's chances to appear on "Dancing with the Stars" or "Celebrity Apprentice?" Tell us what YOU think!