Rapper 50 Cent has lost over 50 pounds for a movie role, and he looks like 50 cents worth of OMG!

In startling images posted on Facebook, the singer/actor shows that he lost about 54 pounds preparing for a role as a football player suffering from cancer in "Things Fall Apart." 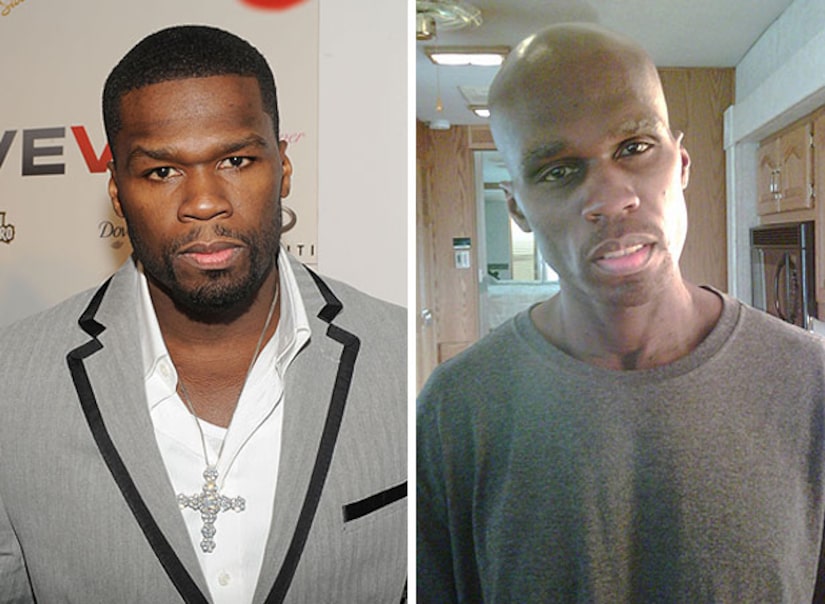 According to ThisIs50.com, he dropped from 214 pounds to 160 over the course of just nine weeks on a liquid diet and working out three hours a day.

The film, which follows a running back through his senior year of college, is being directed by Mario Van Peebles, with 50 Cent co-producing through his Cheetah Vision Films banner.