On Wednesday's episode of "Ellen," the talk show host surprised her audience with news that she's starting her own record label -- and has signed 12-year-old YouTube sensation Greyson Chance as her first artist! 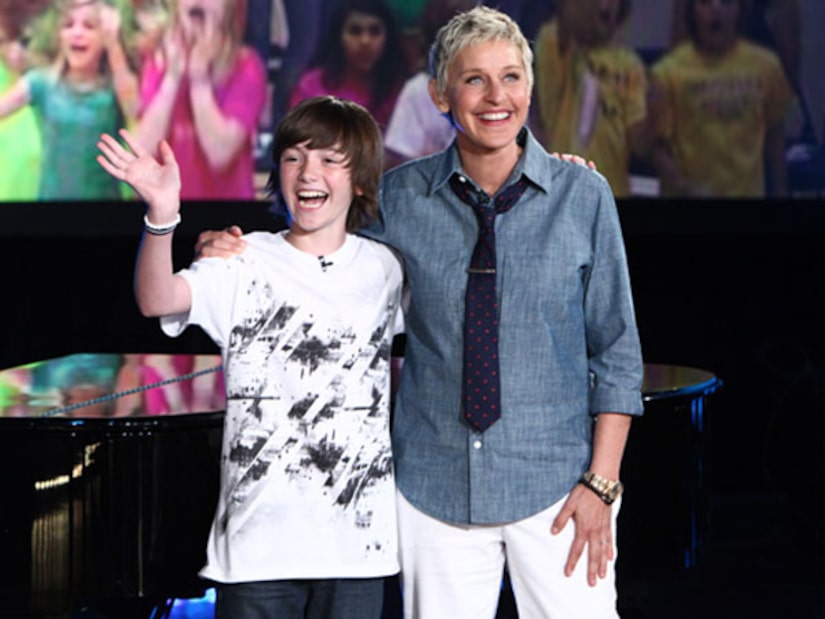 "Greyson ... inspired me to start a record label called eleveneleven. He is my first artist and we are making a record together," DeGeneres said.

Greyson made his television debut on the "Ellen DeGeneres" show May 13. He became a YouTube star with his version of Lady Gaga's "Paparazzi" played at a school talent show, and Ellen tracked him down and flew him to Los Angeles to be on her show.

Check out Ellen's interview with the up-and-coming young artist -- find out when it airs here.