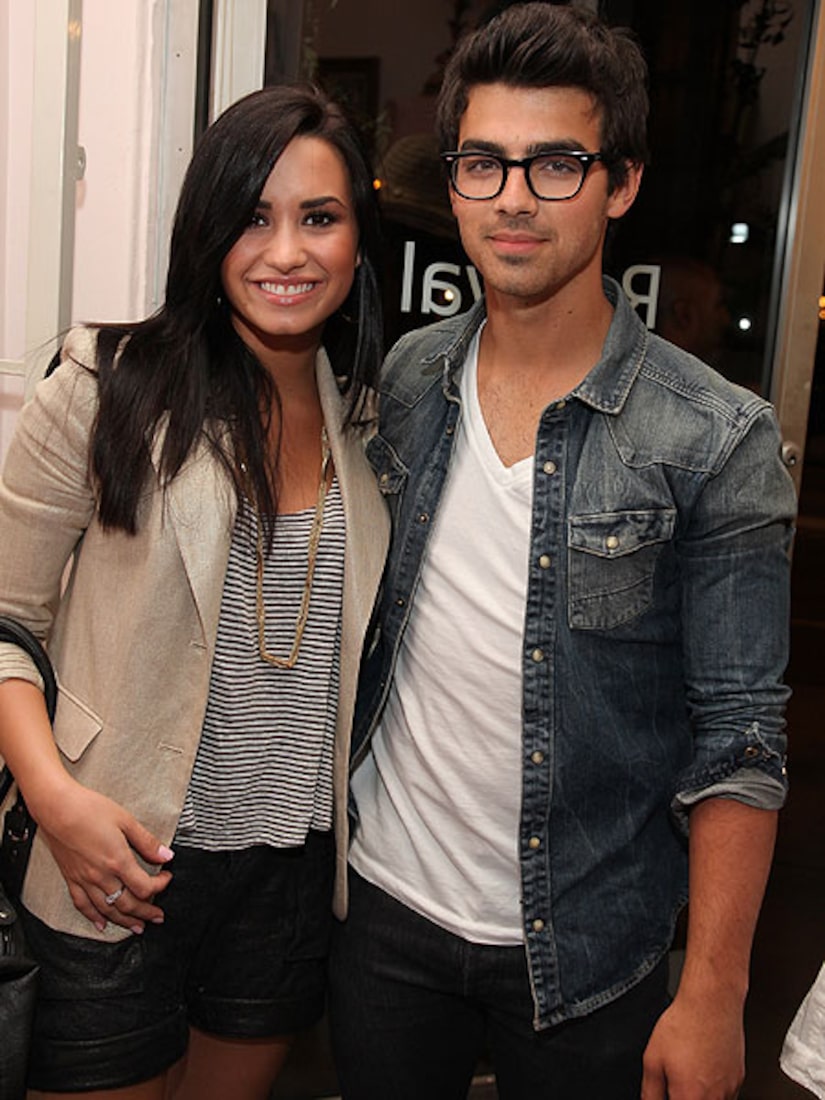 The pop singer, 20, and the Disney princess, 17, like totally made their romance public in March, and although they've split for now, they'll still totally be going on tour together, starting July 27 in Dallas, dudes.

"Demi and I knew going into our romantic relationship that it may not be an easy one," Jonas, 20, tells People. "I realize over the time we have shared together that I feel I care more about our friendship right now. It was my choice to break up but I love her as a friend. She's been there for me when I needed her. I will continue to be her friend and be there for her."

Lovato used her Twitter account comment on the reports. "There are so many crazy rumors flying around today," she writes. "I'd like to clear a few things up. First, Joe and I did split, but it wasn't over the phone. Things didn't work out but we'll remain friends. Secondly, I am NOT dating anybody already. Nothing is more important to me than the relationship I have with my fans. Just thought you guys should know this."