Cannes Film Festival party girl Lindsay Lohan may want to just stay in France. A judge issued a bench warrant for the actress' arrest Thursday morning after Lohan failed to show up for an appointed DUI progress report hearing. 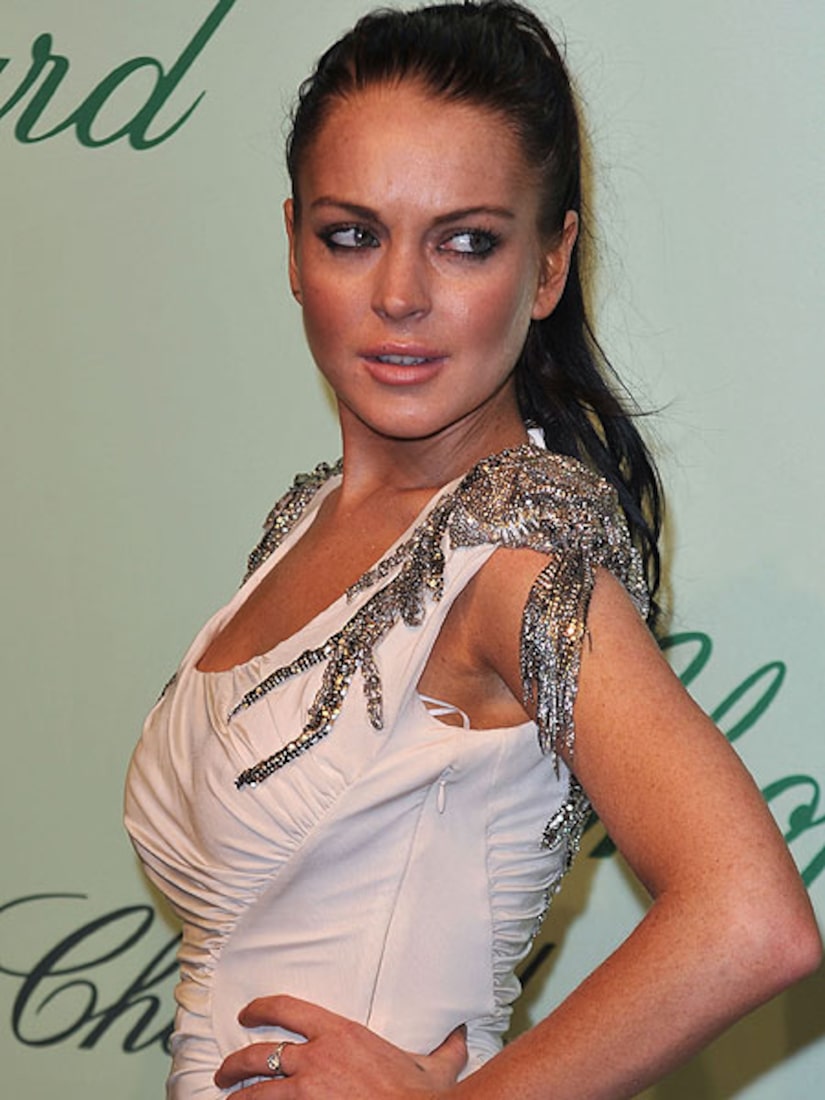 Judge Marsha Revel did not buy LiLo's claim that someone stole her passport as the reason she couldn't return to the U.S., even though Lohan's lawyer explained the actress tried to get on a flight but was turned away.

Lohan was spotted in Cannes last night, partying and returning to her hotel at 5:00 AM. "Actions speak louder than words," Judge Revel said in court.

See photos of celebrity sightings at the Cannes Film Festival!

The judge set Lohan's bail at $100,000 and said the actress could avoid jail time until her next hearing if she refrains from drinking, wears a SCRAM bracelet and takes random drug tests once a week.

If it is determined that Lohan violated her probation, she could be looking at 180 days in the slammer.