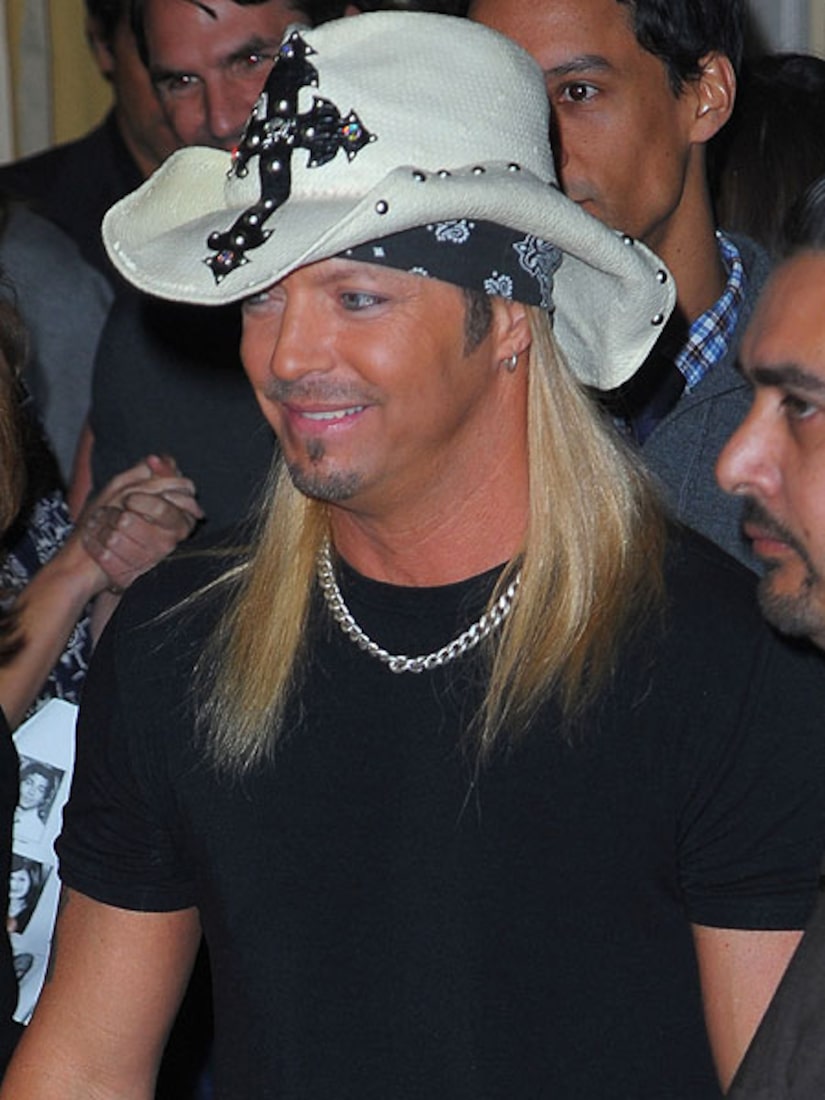 "It felt like a pop," Michaels explains to Oprah. "It just exploded instantly and ran from my temple down to the back of my skull. At that point, I knew something was severely wrong."

Michaels, who suffered the hemorrhage April 21, fought bravely in the ICU for eight days, but refused to remove his signature bandana. "It is like Superman without the cape," Michaels explains. "I said if I'm goin' out, I wanna go out rockin', NOT in that hospital gown. No matter what happens!"

Now Michaels is fighting for another reason -- to become the new "Celebrity Apprentice." The rocker has made it to the final two and is expected to appear on the season finale May 23." "He's a fighter, he's a tough guy," "Apprentice" host Donald Trump tells "Extra." "He wants to be there."

As for Michaels' complete recovery, "Extra" Lifechanger Dr. Neil Martin, Chief of Neurosurgery at UCLA, believes the singer's long-term prognosis is very good. "Most of those patients, if they don't develop a second hemorrhage, have a pretty good outcome. I would be optimistic," says Dr. Martin.