The Young Hollywood Awards, presented Thursday by HollywoodLife.com and emceed by our own Mario Lopez, was a hot night for young Hollywood talent -- and Ashley Greene talked to us about salary rumors for the next "Twilight" film. 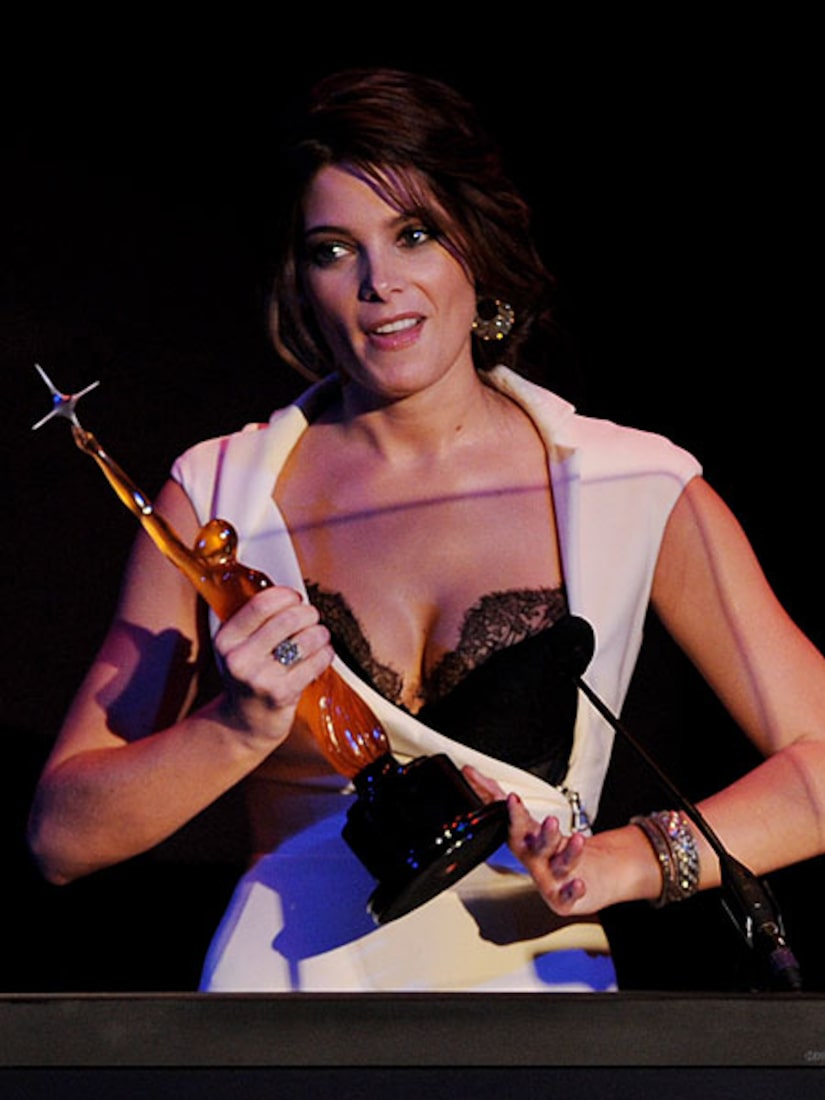 "Extra" caught up with Ashley, winner of the Young Hollywood Style Icon award, and asked her about rumors she's holding out for a bigger paycheck for "Twilight's" fourth installment, "Breaking Dawn."

"I think the best thing to do is to not comment about it. The second you do, it riles everything up," offered Greene.

Mario Lopez said he felt a little bit older than the crowd, joking, "I feel like I'm the chaperone here!"

See photos of the NYLON and YouTube's Young Hollywood Party!

Stars in attendance included the Jonas Brothers, whose youngest member, Nick, won the Hollywood Young Artist of the Year award. They told "Extra" they thought "Glee" was pretty hot right now -- and yes, they'd love to be on it. "We're big fans!"

Breakthrough Artist of the Year Liam Hemsworth says he and girlfriend Miley Cyrus aren't talking about her recent lap dance video. In fact, they just laugh it off.

"Absolutely, yeah, I mean, what else can you do? You get so much criticism from people from certain things," he shrugged.