Shane and Sia Barbi are famous for their legendary Playboy magazine covers, now their hearts and passion are focused on the fair treatment of animals. 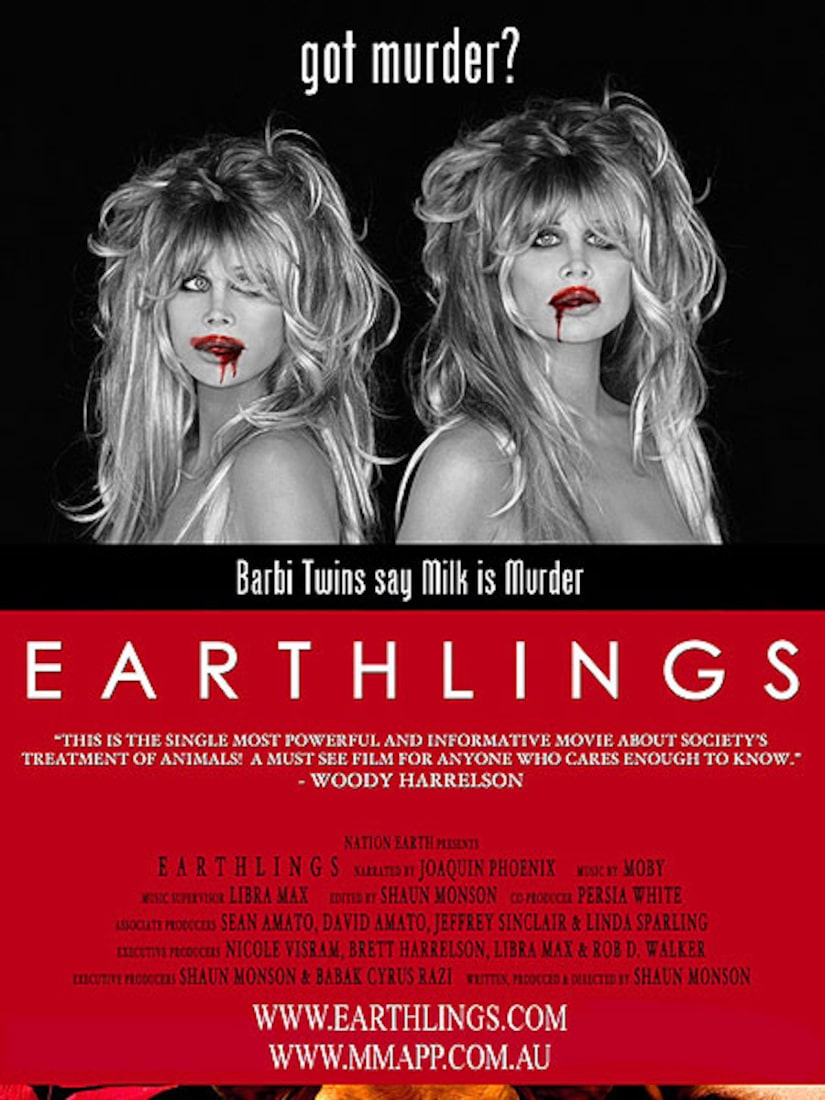 The animal activists are getting attention with their controversial new movie poster for the documentary "Earthlings," which looks at factory farms and their cruelty to animals.

Shane and Sia are the U.S. spokeswomen for the film, which is set for international release and worldwide DVD distribution this August.

The Barbi Twins have always had a passion for animals and were recently featured in the documentary "Skin Trade," which exposed the exploitation of animals for their fur.

They also launched the animal activism site TwinBunnies.com, and donate all proceeds from their book "The Eco Anti-Diet" to animal charities.