"Extra" caught up with "Dancing with the Stars" contestant Erin Andrews after "The View's" Elizabeth Hasselbeck offered a public apology for unfortunate remarks she made about Erin's ordeal with a stalker. 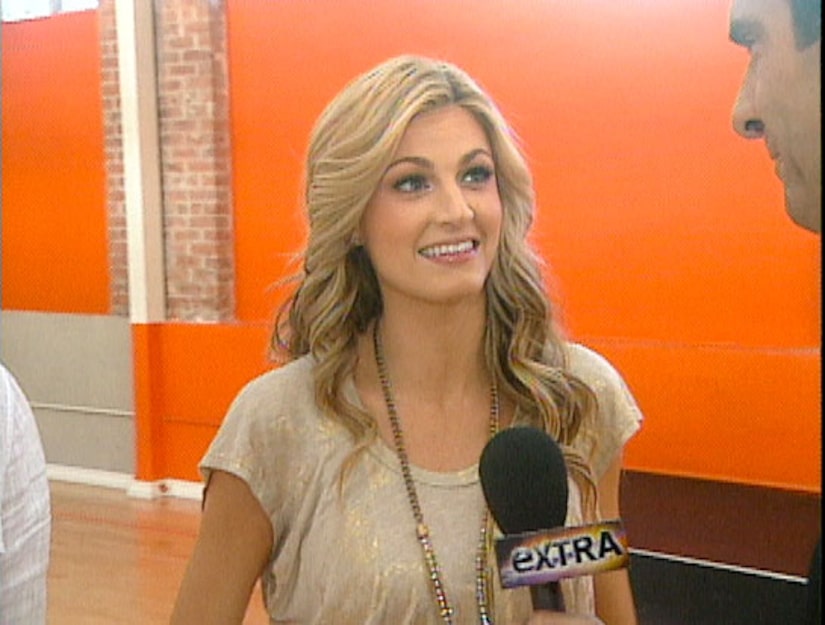 Andrews told "Extra," "I heard what she had to say on 'The View' and I listened to everything she said... she called me. I didn't speak with her," and it doesn't seem like Andrews has any plans to speak with Hasselbeck anytime soon. "I'm just gonna leave it at that and move on," she said about the attempted phone call.

An emotional Elizabeth apologized to Erin, but "DWTS" castoff Tony Dovolani said, "An apology is not enough. Elizabeth really should've thought before she spoke on that."

When "Extra's" Jerry Penacoli asked Erin if she would ever be willing to go on "The View," she answered, "If my Russian could come with me," pointing at partner Max. "I would do it in a heartbeat."

Should Erin forgive Elizabeth and be a guest on "The View?" Sound-off below!