During the middle of his round on Sunday, Tiger Woods pulled out of The Players Championship in Ponte Vedra Beach, Fla., citing a neck injury. 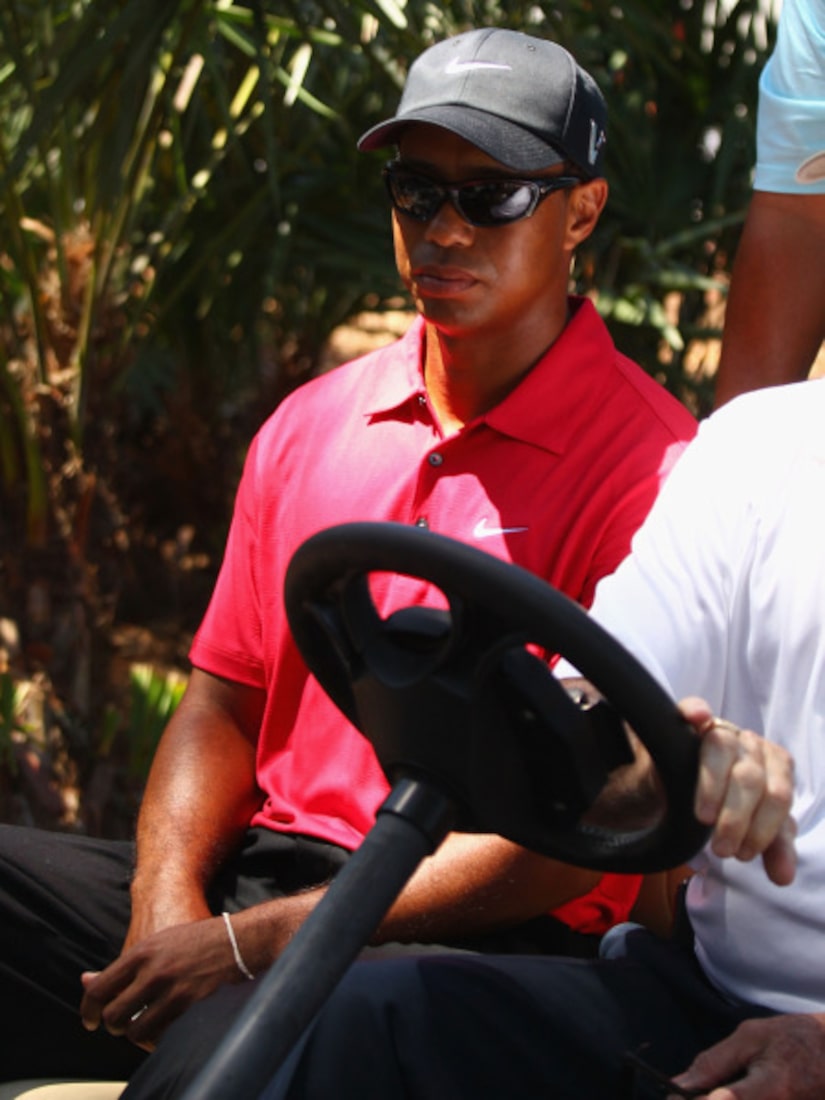 Woods was on his seventh hole when he decided to leave the tournament saying that he may have a "bulging disk." The golfer admitted he first felt the pain before the Masters last month.

See photos of Tiger Woods as a kid

With Woods' decision to pull out of the championships he is in danger of losing his No. 1 world ranking, putting Phil Mickelson in the top spot with a win at the TPC Sawgrass.