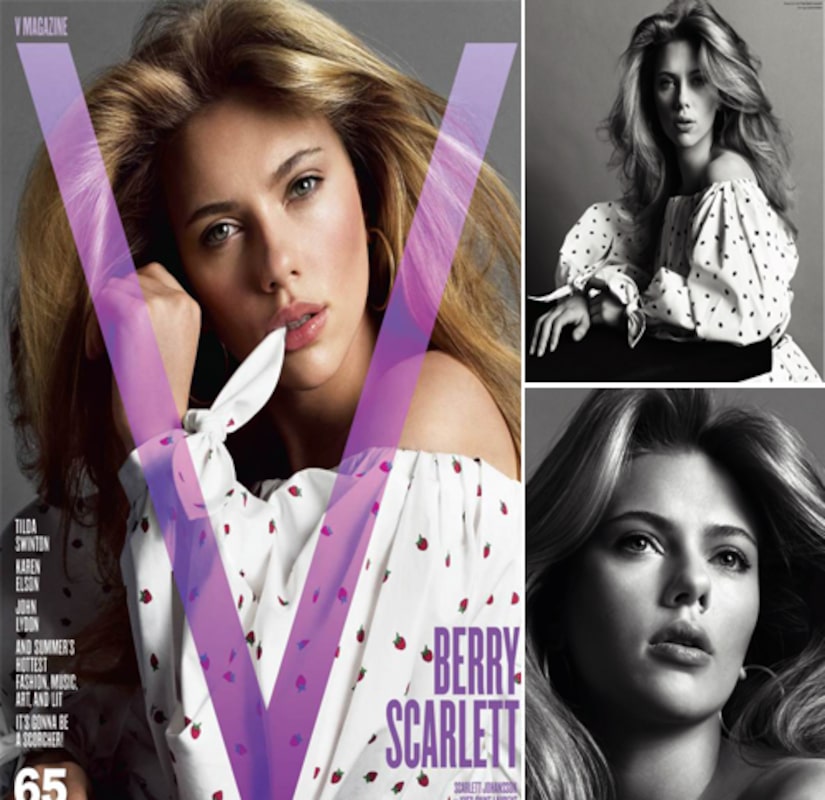 The 25-year-old actress plays Black Widow in the new "Iron Man 2" flick. She describes her character as a "no bulls--t character." Adding, "It's not that she's non-feeling, she just gets the job done. She's part of something bigger, and she knows it. She's this crazy badass, and she has no time for f---ing around."

During her interview with the magazine, Johansson discussed her transformation into becoming a woman, with the various challenges she has faced throughout her career as an actress.

"I'm 25, and for some time I've played these characters who are kind of figuring it out, transforming from young girls to young women, " said Scarlett. "I don't feel like a girl anymore. And I feel like my life and career are on a different path than they had been."

Scarlett married actor Ryan Reynolds in September 2008 and was recently nominated for a Tony Award for her work in "A View from the Bridge."

Check out photos of Hollywood stars on Broadway