Actor Mickey Rourke is making the most of his second chance in Hollywood -- even starring in an upcoming indie film with Megan Fox. 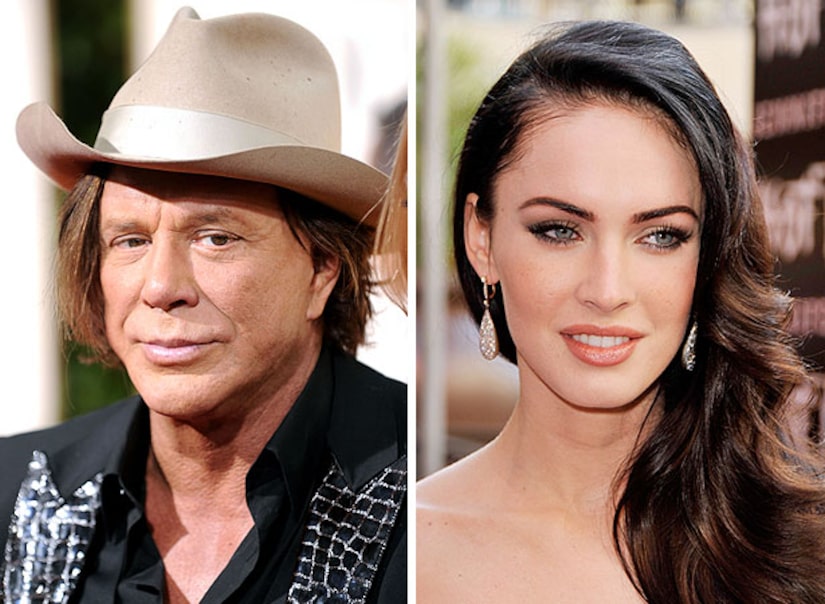 "I just worked on a smaller movie ["Passion Play"] with Megan Fox," Rourke said. "Creatively, it was a lot of fun. She was great to work with -- and to look at. It was nice working with someone who has a reputation for being beautiful, but who really did her homework. She was challenging to work with. People are going to have a different perception of her."

The film is about a trumpet player and a heroin addict who meets an angel in a carnival and ends up rescuing her from the clutches of a gangster. "It's a strange movie," Rourke admitted.

But the tough guy's big splash happens this Friday, starring in what's anticipated to be the first big summer movie, "Iron Man 2." He plays the Russian baddie, Whiplash, and the actor confessed, "My Russian girlfriend hated my accent."

Check out our 2010 Summer Movie Guide!

Next up, Rourke is eying the role of legendary Mongolian emperor Genghis Khan in a biopic, to be written and directed by John Milius.