Starlet Kristen Stewart opens up about life in the "Twilight" spotlight and why she usually looks unhappy on the red carpet -- in the June issue of Elle magazine. 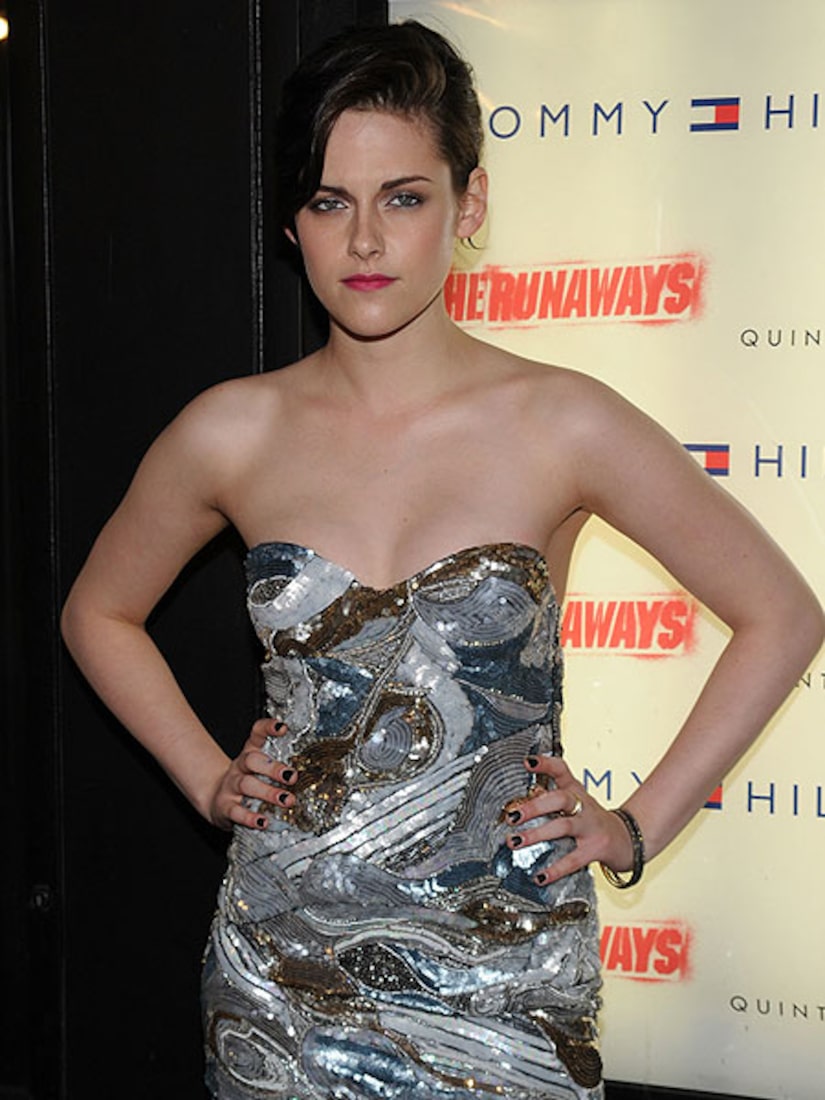 Stewart tells the magazine that she feels unpleasant and trapped when she's in the glare of cameras. "It's not that I'm miserable, it's just that somebody's yelling at me," she says. "I literally, sometimes, have to keep myself from crying. It's a physical reaction to the energy that's thrown at you."

Kristen adds that she's extremely uncomfortable accepting awards and being on talk shows. "It's funny that when I go onstage to accept an award, they think I'm nervous, uncomfortable, and awkward... and I am, but those are bad words for them."

The "Twilight" star has her privacy since becoming a household name, saying it's become dangerous. "Once somebody finds out, you have to get the hell out of wherever you are. People freak out. And the photographers, they're vicious. They're mean. They're like thugs. I don't event want to drive around by myself anymore. It's dangerous."

When asked about her romantic status with "Eclipse" co-star Robert Pattinson, Stewart wouldn't dish. "I would never cheapen my relationships by talking about them... People say, 'Just say who you're dating. Then people will stop being so ravenous about it.' It's like, no, they won't! They'll ask for specifics."

See Kristen in the "Twilight Saga: Eclipse" when it opens on June 30.