Julia Louis-Dreyfus became the first "Seinfeld" cast member to be honored with a star on the Hollywood Walk of Fame -- too bad Julia Luis Dreyfus was honored instead! 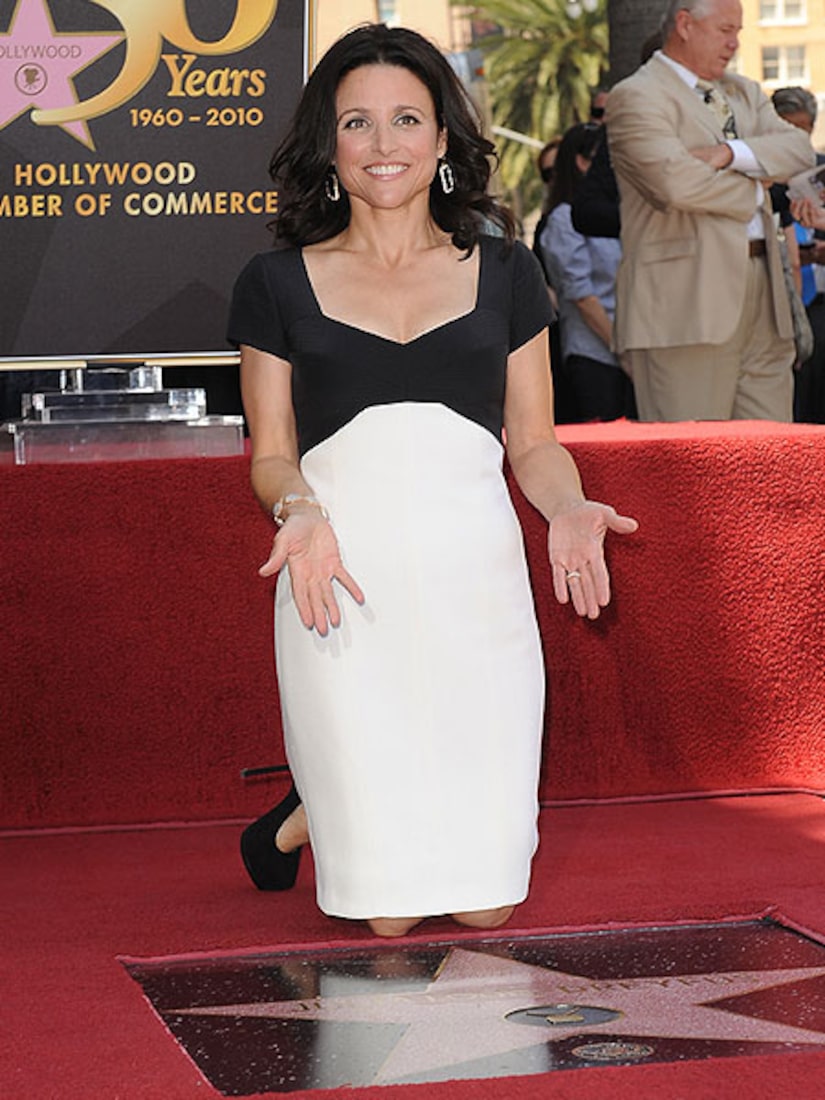 The misspelling wasn't caught by whoever submitted the name to begin with, nor by the Hollywood Chamber of Commerce, and the star was embedded in the sidewalk before anyone even noticed the gaffe.

CNN blogger David Daniel was the first to spot the error, just hours before the ceremony. He was on his way to work when he saw two workmen cleaning the star and brought the typo to their attention. Daniels then contacted a press rep for the Walk of Fame who admitted she "almost puked" about the mistake.

The workmen hustled to chisel out the "Luis" and replace it with "Louis" as a temporary solution before the unveiling.

Fortunately for everyone, Julia thought the mistake was hysterical and wanted to keep the "Julia Luis Dreyfus" star as a souvenir.

Check out "Extra's" list of funny facts about Seinfeld