Kim Kardashian and teen heartthrob Justin Bieber were photographed together on Saturday at the White House Correspondents' Dinner, Kardashian later tweeted the photo, saying, "I officially have Bieber Fever!!!" 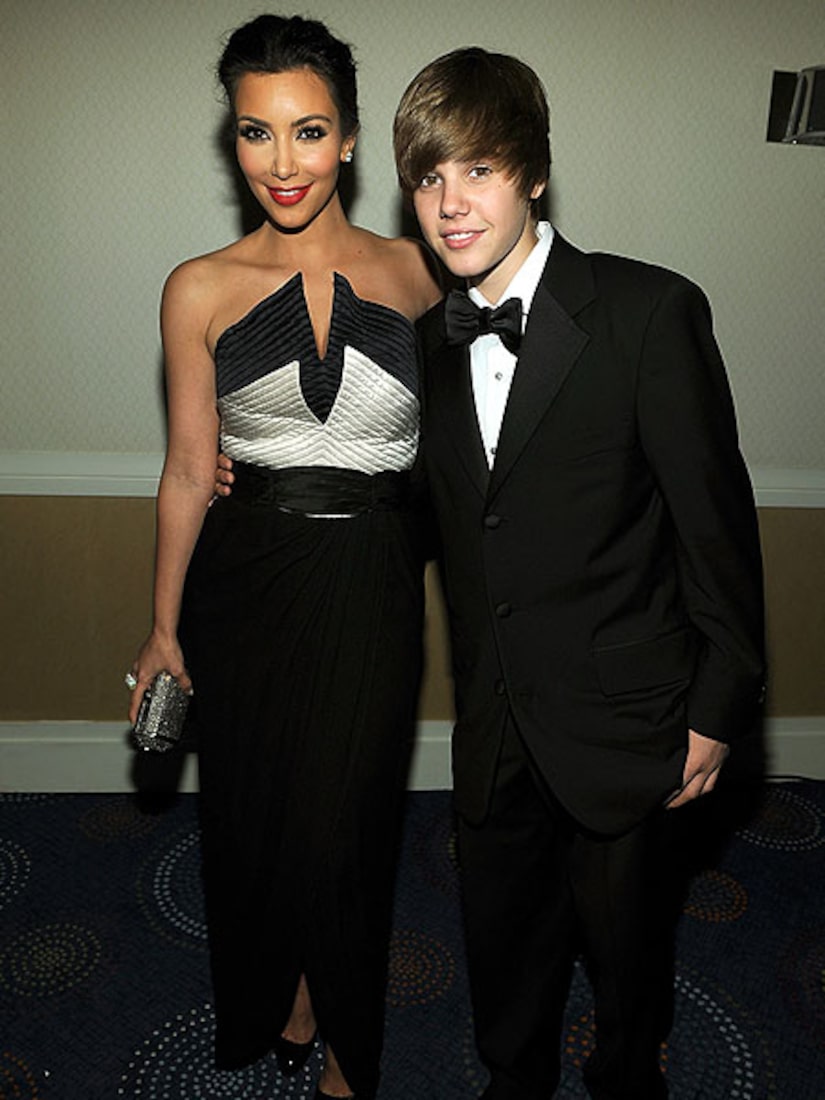 Bieber replied to the tweet, calling her his "girlfriend."

Ever since the two joked about their encounter on Twitter, the E! reality star has been receiving death threats from heartbroken Biebermaniacs.

"I'm getting death threats from your fans! This is unBeliebable!!!," Kardashian tweeted.

Bieber's response to his fans: "Ladies calm down. Kim Kardashian is a friend. A very sexy friend but a friend. No need 4 threats. Let's all be friends and hang out often ;)"

This isn't the first time "Bieber Fever" has made young fans go crazy. Last week an avalanche of screaming girls rushed the young crooner at the airport on his arrival to New Zealand for his "My World 2.0" concert, pushing his mother, Patti Mallette, to the ground.