Pamela Anderson and Damian Whitewood, that's who. After a valiant effort over the last seven weeks, the blonde bombshell bade farewell to her "Dancing with the Stars" family. 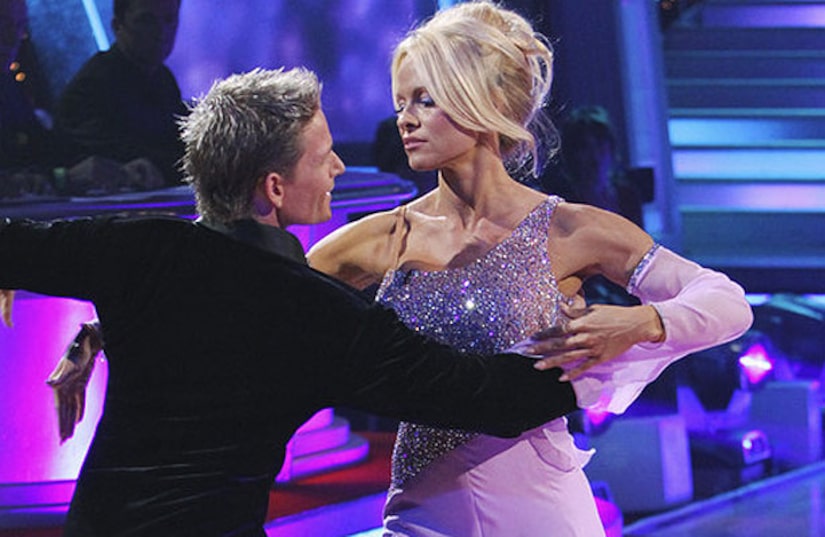 On Monday's performance night, Pamela and Damian performed a soft and gentle waltz but scored the lowest of the night with 24 out of 30. Judge Len Goodman said the dance "was much more quiet and understated," but thought Pam needed to firm up her upper body.

The dancing duo found themselves in the bottom two, along with a surprising new entry -- Erin Andrews and Maksim Chmerkovskiy. But alas, they were safe.

Anderson took it all in stride, without dissolving into tears. She called her time on "DWTS" the "best experience" of her life, adding that that was something since she's had a lot of great experiences. She thanked her partner and wished all her new friends "continued success."

The field has now been narrowed down to five couples.