Now that "Bones" star David Boreanaz has admitted to having an extramarital affair, his wife is considering filing a lawsuit against the other woman, reports RadarOnline. 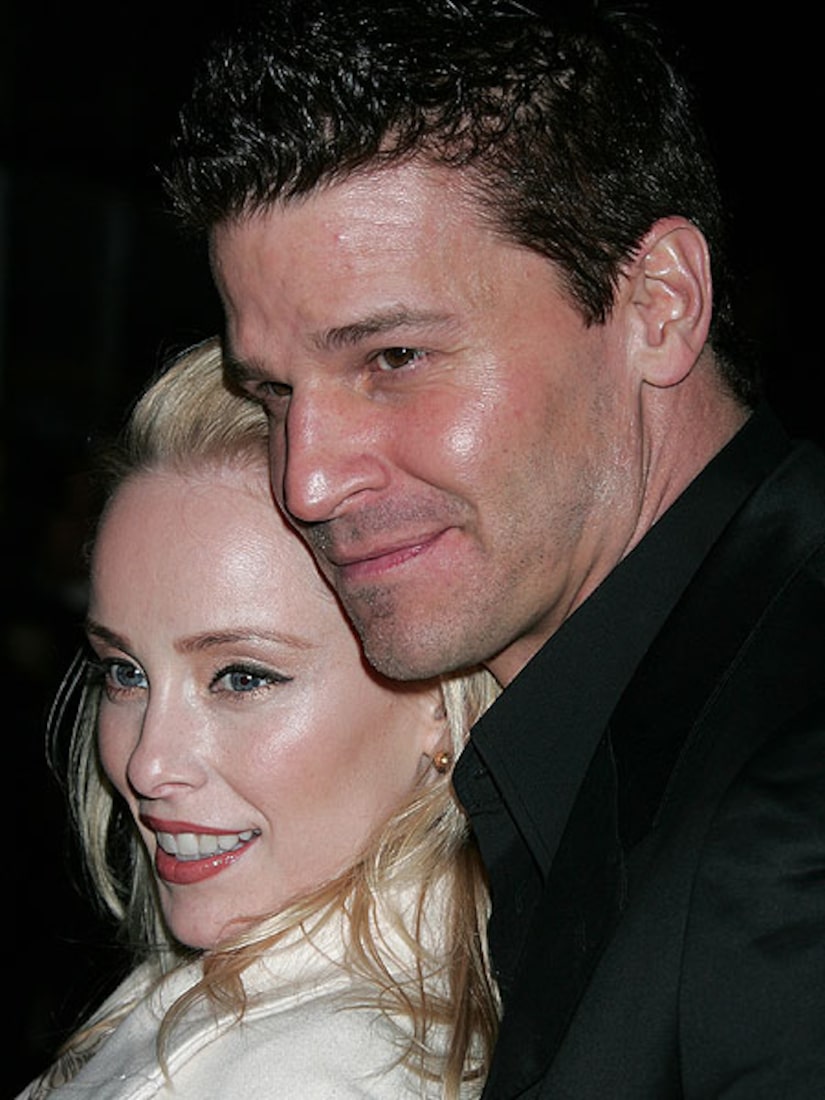 Boreanaz's wife, Jamie Bergman, lives in Utah, a state that allows a spouse to sue for "alienation of affection," if he or she believes the other person deliberately intended to breakup the marriage.

Boreanaz confessed to the affair Monday and said the woman, whose name has yet to be revealed, was trying to extort money from him. "I was associated with a woman who I was involved with and had a relationship with," Boreanaz said. "She asked for money. I felt as though I was being blackmailed or there was some sort of extortion."

And the plot thickens. There's a statement from the woman's lawyer, Gloria Allred, which states: "Marty Singer attempted to contact a woman who had a romantic relationship with David Boreanaz. She then retained me. (This woman was not Rachel Uchitel.) I then contacted Mr. Singer on her behalf to find out why Mr. Singer was calling her. We discussed the possible resolution of my client's legal claims against Mr. Boreanaz by mediation. My client has not told her story to the press, but now that Mr. Boreanaz is attacking her she has decided to tell the story of their relationship, so that the truth will come out."

It continues, "This baseless attack by David Boreanaz and his highly paid legal mouth piece (sic) in an apparent effort to divert attention from his client's extramarital infidelity will not succeed. If they think that I or my client will be intimidated they are wrong."

UPDATE: TMZ has learned Tiger Woods' former mistress Rachel Uchitel is peeved her name is being linked to former lover Boreanaz with regard to the extortion claim. She plans to go on camera either tomorrow or Thursday to say she has "never extorted anyone" out of money.