In an interview with the "Today Show" Monday, Michael Douglas opened up about his son Cameron's five-year jail sentence on drug charges. 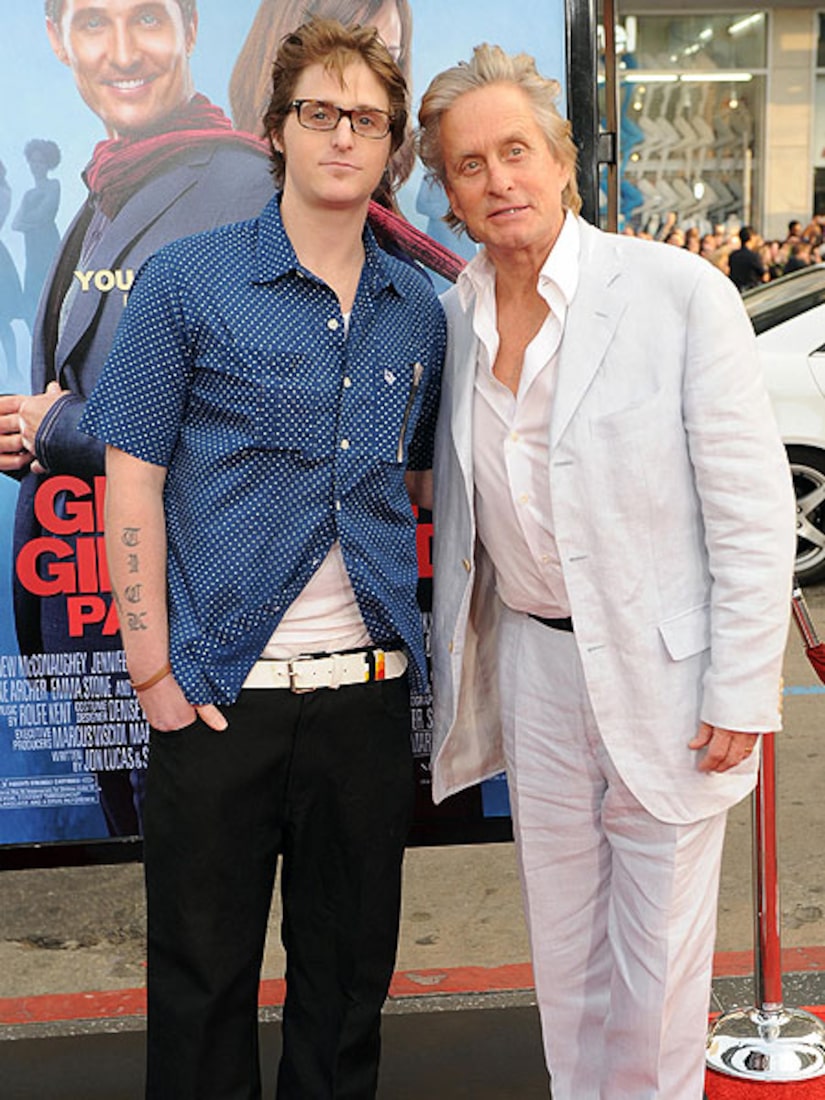 "My son has not been sober for this length of time since he was 13 years old... So he was going to be dead or somebody was gonna kill him, and I think he has a chance to start a new life and he knows that. And from my understanding, it's going to take that amount of time for him to rebuild and start himself afresh," said Douglas.

The actor/producer went on to say that he blames himself for his son's behavior. "I've taken blame about being a bad father -- if being a bad father is working your butt off trying to create a career at one time," said Douglas. "When I had Cameron, I was early in my career and as opposed to most jobs, making movies takes you all around the world, so you were absentee in that sense."

Cameron, 31, was convicted on drug charges following his arrest for drug possession last July at a Manhattan hotel. He confessed to dealing methamphetamine and cocaine.