Oscar winner Sandra Bullock has officially filed for divorce from husband Jesse James -- and adopted a baby boy, according to People magazine. 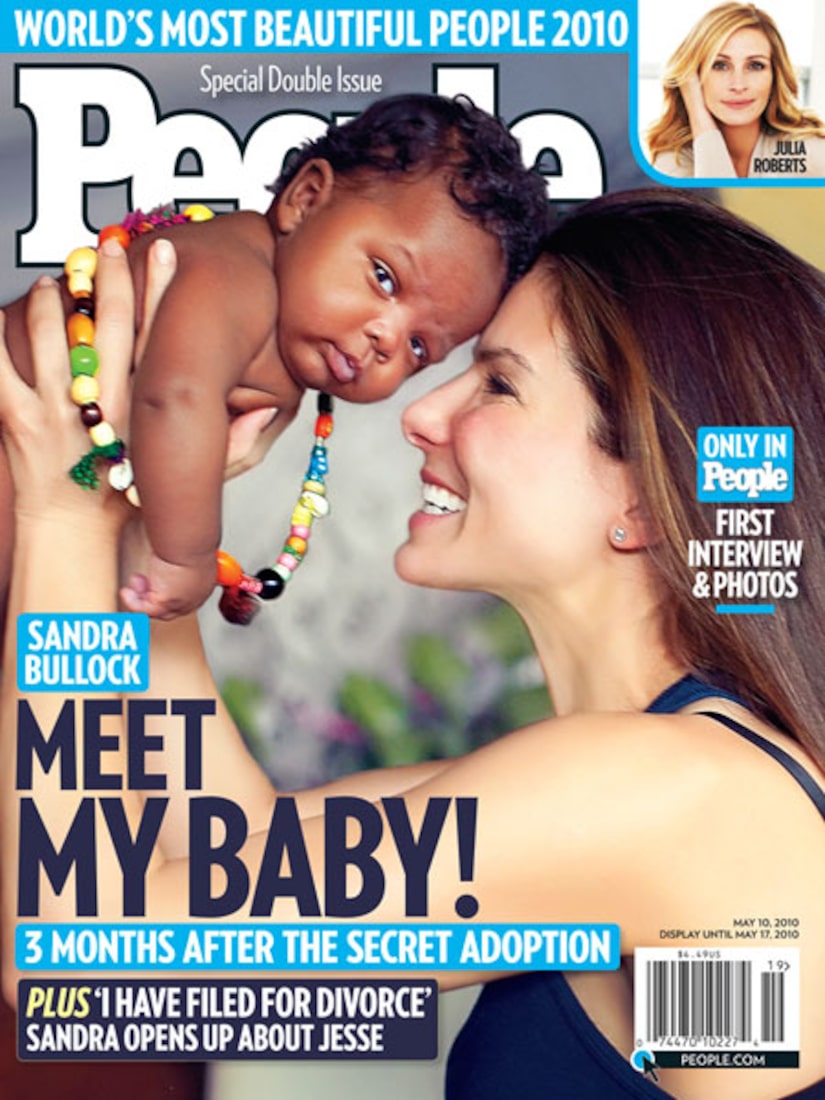 Bullock filed divorce papers on April 23 in Austin, Texas. "Yes, I have filed for divorce," she told the magazine. "I'm sad and I am scared."

When asked if she was aware that Jesse may have had an interest in white supremacy or Nazism, she replied, "The photo shocked me and made me sad. This is not the man I married. This was stupid, this was ignorant. Racism, anti-Semitism, sexism, homophobia, anything Nazi and a boatload of other things have no place in my life... And the man I married felt the same."

While Bullock's separation from her cheating husband has been made very public, she's managed to keep one thing in her life private -- her 3 1/2-month-old adopted son Louis, born in New Orleans. "He's just perfect, I can't even describe him any other way," she said.

Sandra and Jesse began their adoption process four years ago and brought their son home in January. The pair decided to keep the news a secret until after the Oscars, but the exciting news was rocked by Jesse's cheating scandal.

Bullock plans to finalize the adoption as a single parent.

James tells the magazine, "I know in my heart that I can be the best father possible to my four children and the mate Sandy deserves, and realize that this is an incredible mountain to climb. But I believe the steps I have taken in the last 30 days are the foundation to making this happen."