Singer Courtney Love claims to have had a fling with Gavin Rossdale -- while he was with his current wife, Gwen Stefani, she revealed to Howard Stern. 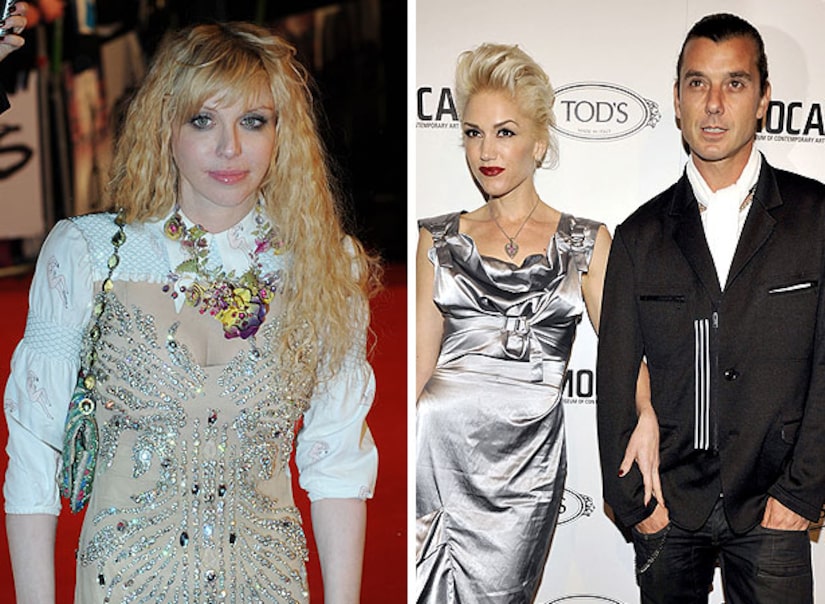 In the middle of discussing her recent Twitter feud with Smashing Pumpkins singer Billy Corgan on Howard Stern's radio show Tuesday, Love threw in that she and Rossdale had an eight-month affair, and she had a "vision of marrying" him.

"Everyone gave me so much s**t because Gavin sounded like a lot like Kurt..." the Hole frontwoman continued. "But man, he was such an Adonis in his day! He got good in bed... something happened. Maybe Gwen taught him, for all I know."

See photos of Gwen Stefani through the years!

"You mean he was having sex with you while he was with her?" Stern asked. "Everyone... yeah... and a few other people," Love replied. "We didn't have a lot of pressure on each other, but we did like each other quite a bit."

Rossdale and Stefani have been married since 2002 and have two sons.