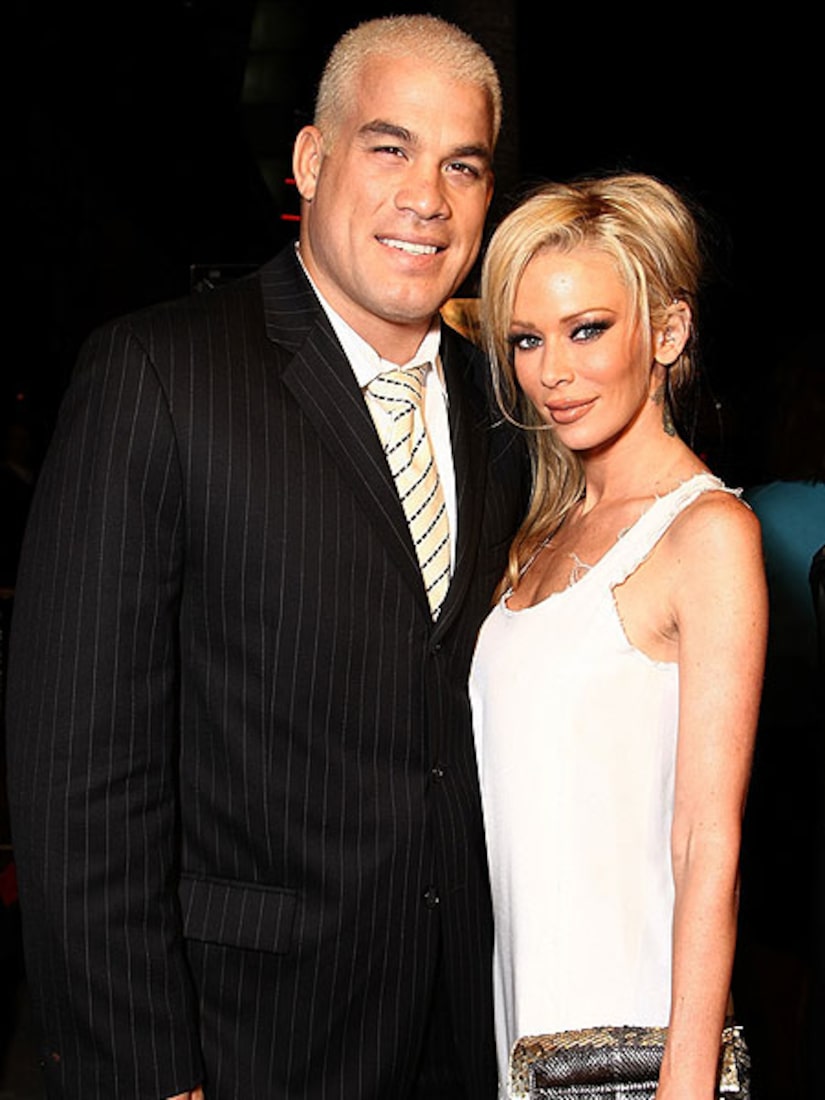 During the conference, Ortiz and attorney Chip Matthews claimed Jameson is addicted to OxyContin -- and that's what caused the alleged incident.

As the fighter wiped tears from his eyes, Matthews went on to claim that Jenna, mother of Ortiz's 1-year-old twins, has been battling an addiction to OxyContin for over a year, and that her family has been trying to protect her. Ortiz said, "My parents have gone through addiction and I'm not going to let my family go through that."

Tito's lawyer went on to defend him, saying, "Tito never touched Jenna," and that she had relapsed, suggesting that Jenna was high and lost her balance.

While the press conference was taking place, Jenna was getting ready to leave for Las Vegas. When told of allegations her boyfriend was making, she told TMZ, "He's trying to save his career."