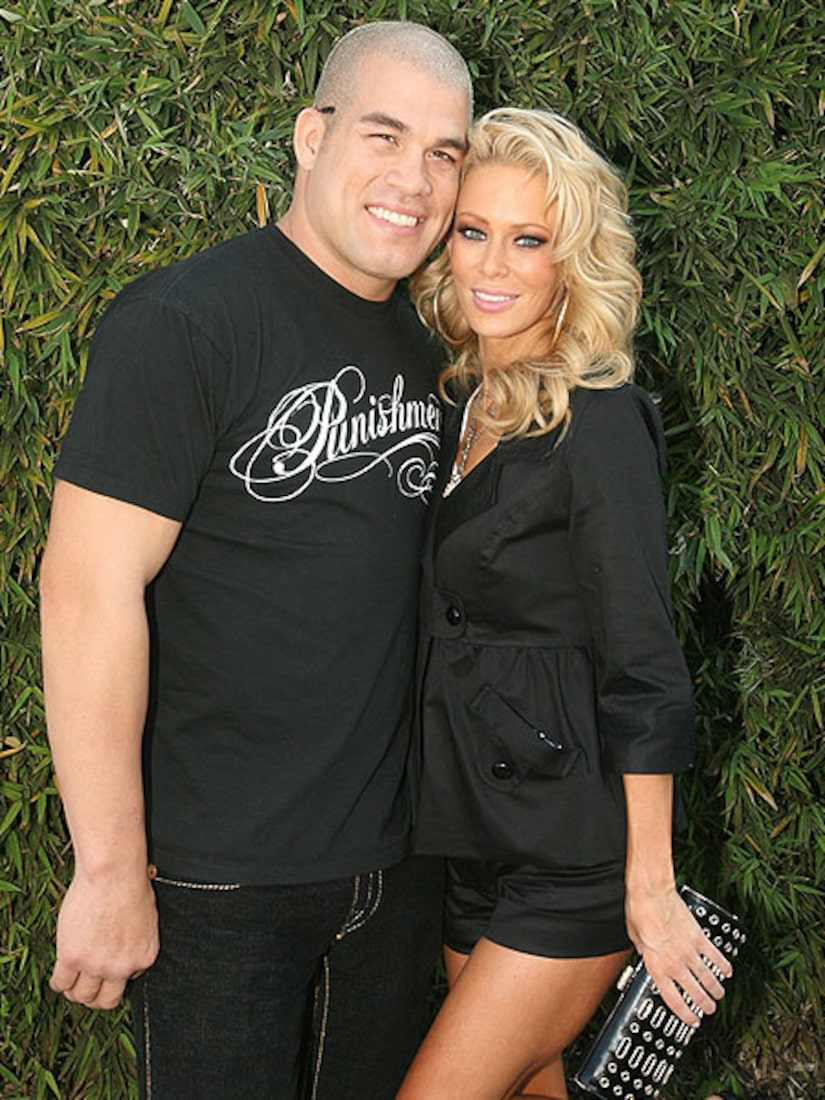 When cops arrived to the couple's Huntington Beach, Calif. home, there were "visible injuries," according to TMZ.
Jenna's father was the one who reportedly made the 911 call on Ortiz. Fighting back tears, Jenna told the website, "I'm gonna be alright" as she left her home.
Tito was placed in handcuffs and taken to a Huntington Beach jail after the altercation, where he is currently being held.
Jameson gave birth to their twin boys in March 2009.