Although Larry King and his wife Shawn Southwick filed for divorce two weeks ago, the pair seemed cozy over the weekend at their son's little league game. 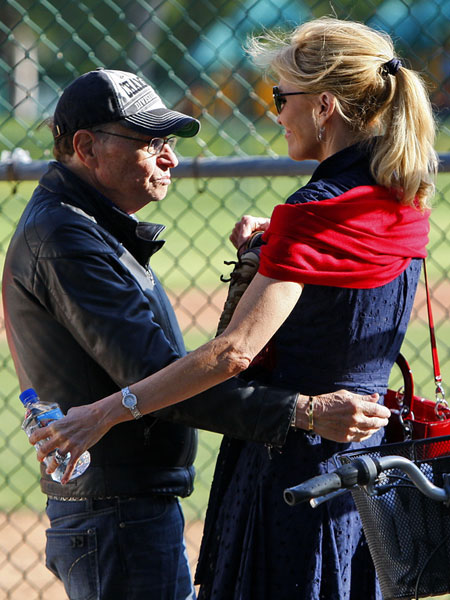 Photographed hugging and kissing, it's hard to believe they're still heading for divorce. "There's a 50-50 chance this divorce is not happening," King's lawyer, Dennis Wasser, said last week. "His focus is on the best interest of his children. It's not clear to me which way he's going to turn on this issue."

See photos of the 2010 celebrity splits so far.

Judge Jeanine Pirro tells "Extra," "They recognize they have joint baseball games, joint graduation, joint whatever in the future, and they'll be mature adults as opposed to some of these bickering celebrities who are absolutely shameful."