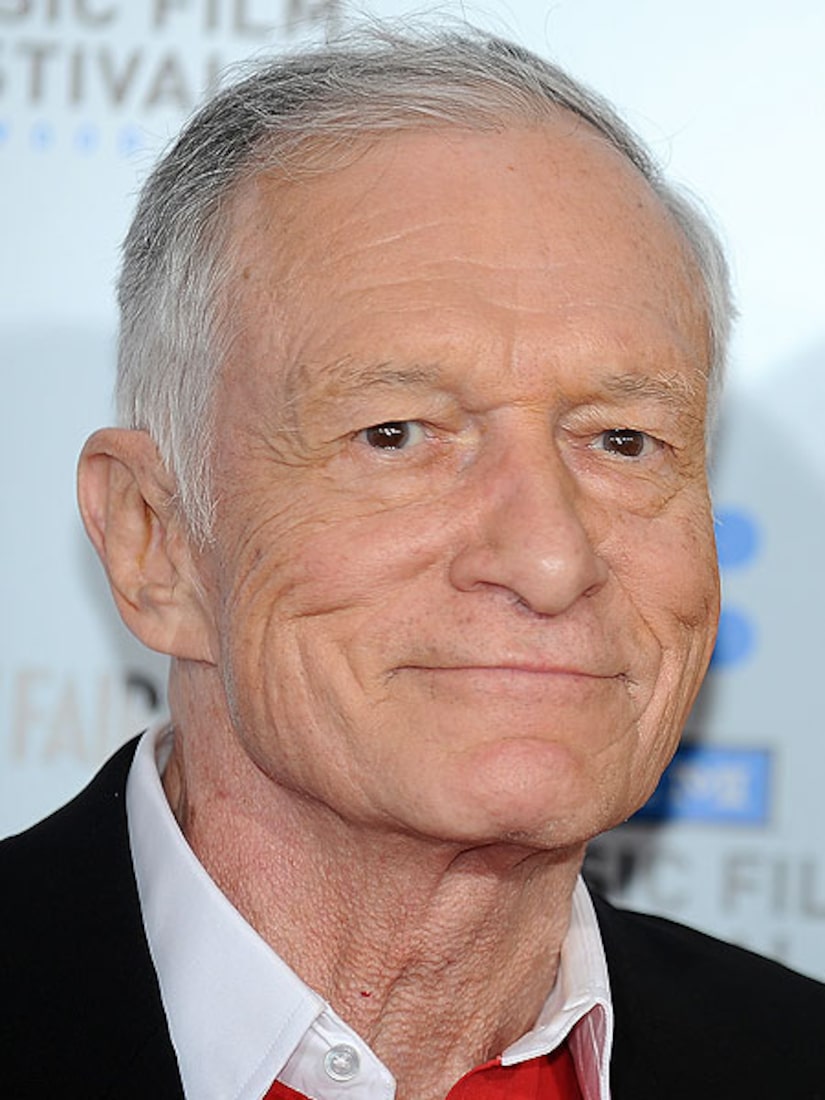 The magazine mogul gave $900,000 to a fundraising campaign to keep the sign in its pristine environs. The generous donation pushed past the $12.5 million needed to buy the 138 acres behind the sign, keeping out the builders who wanted to put in luxury homes.

But this isn't the first time Hefner has stepped in to save the landmark. He also raised money in 1978 to rebuild the crumbling wooden sign, originally erected by a real estate developer in 1923. The sign was rebuilt using steel.

"It's a symbol of dreams and opportunity," the Governor said in press release. "The Hollywood sign will welcome dreamers, artists and Austrian bodybuilders for generations to come."

"My childhood dreams and fantasies came from the movies, and the images created in Hollywood had a major influence on my life and Playboy," Hefner said in a statement. "As I've said before, the Hollywood sign is Hollywood's Eiffel Tower and I'm pleased to help preserve such an important cultural landmark."