The late Bea Arthur was a big PETA supporter, and thanks to a bequest in her will, she continues to remain an activist, lashing out at McDonald's in a new ad. 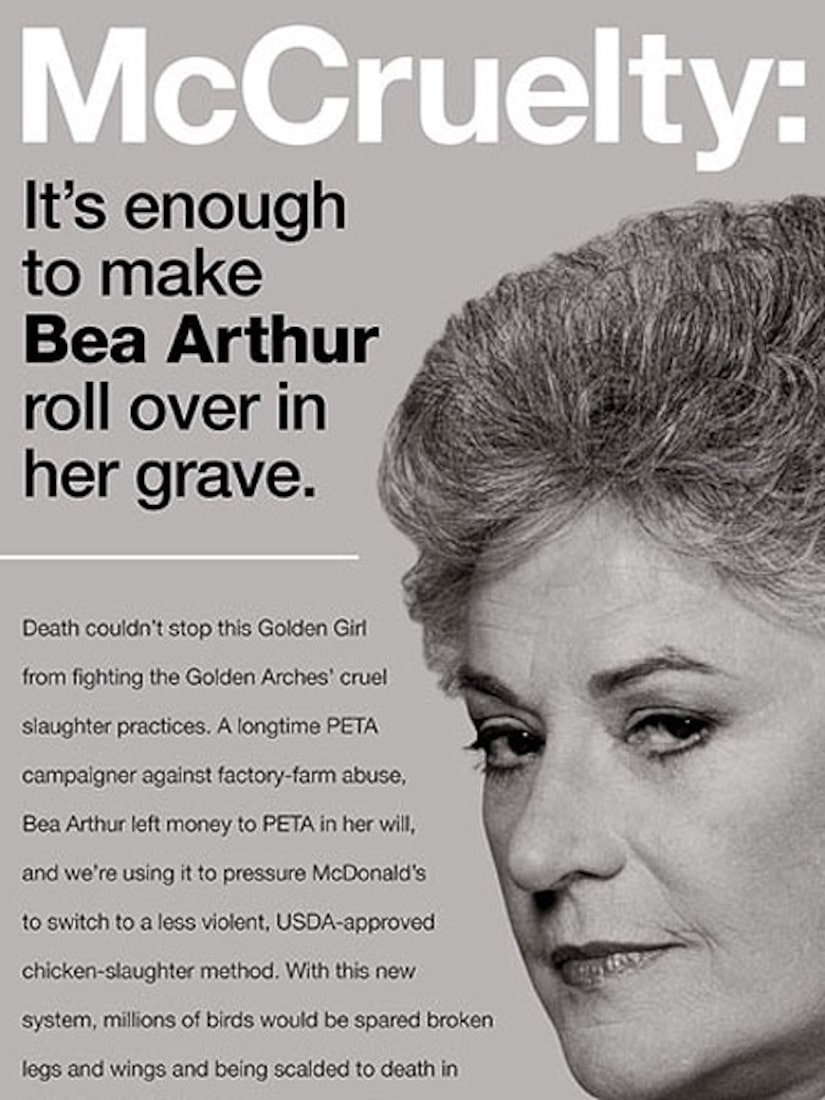 The ad criticizes McDonald's for refusing to require its suppliers to end their chicken-slaughter practices by using a less violent, USDA-approved method to kill the animals.

"McCruelty: It's enough to make Bea Arthur roll over in her grave," reads the ad, admonishing McDonald's CEO Jim Skinner with, "and as Bea Arthur's Maude character would say, 'God'll get you for that.'"

The ad debuted in the Chicago Tribune on Thursday, and PETA members held a protest in Bea's honor outside a McDonald's restaurant on Clark Street in downtown Chicago.

The Emmy and Tony-winning actress died at age 86 last April 25.