"Dancing with the Stars" says goodbye to Kate Gosselin and her partner Tony Dovolani. 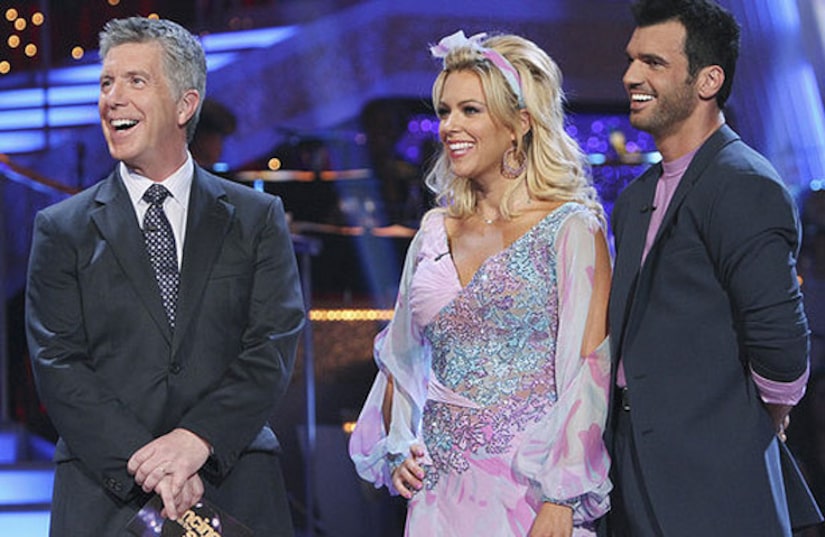 Gosselin and Dovolani found out they were in the bottom two at the beginning of Tuesday's results show, after performing a lackluster foxtrot to "The Breakfast Club's" iconic song "Don't You Forget About Me" the night before in "DWTS" movie-theme week. Judge Bruno Tonioli thought Kate looked "catatonic."

Later, Gosselin and Dovolani were joined by Pam Anderson and partner Damian Whitewood in the bottom two.

A tearful Gosselin had a tough time speaking after the results were announced but managed to say how her "gut" told her this was her time to say goodbye. She was very grateful and would be watching the show every Monday because she had "grown to love everyone." She got big hugs from the hosts and the whole cast.