CNN host Larry King and his wife, Shawn Southwick, were seen hugging Thursday night at their son's baseball game. Now the latest update in this continuing divorce drama is the couple may be trying to work it out, TMZ reports. 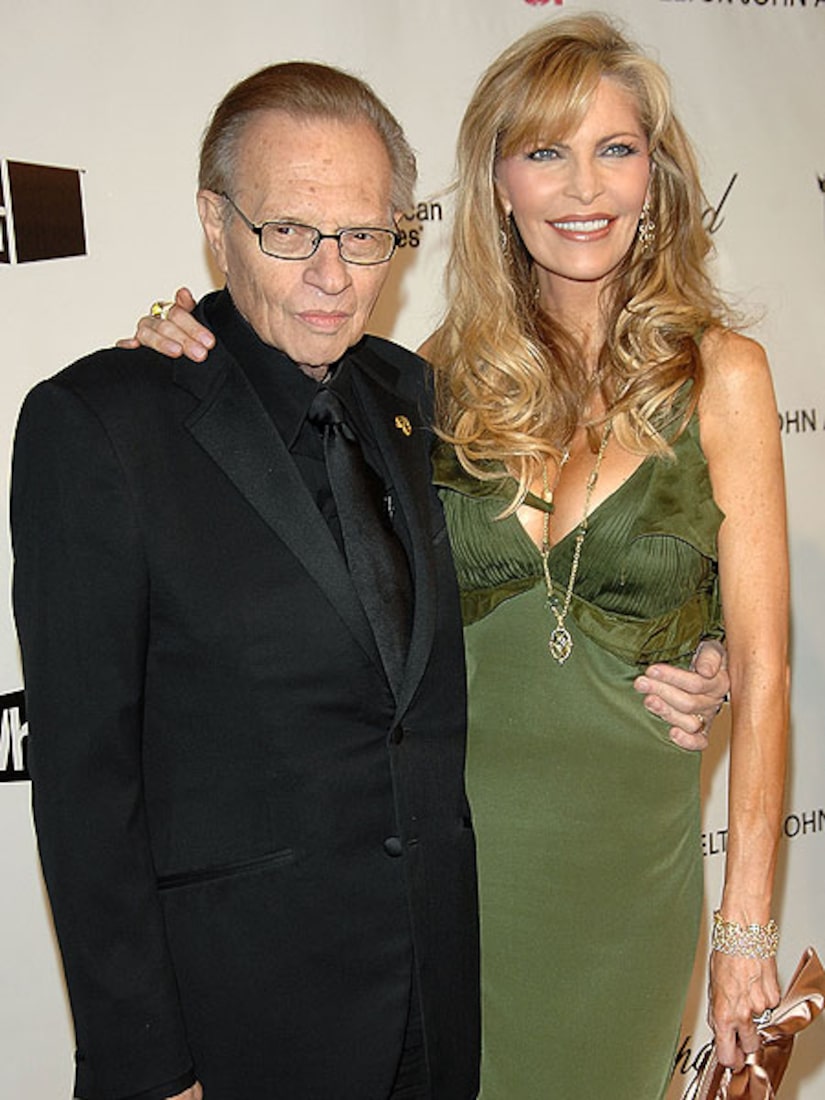 Sources tell TMZ Shawn and Larry are thinking about therapy, but Southwick was reportedly shopping for divorce lawyers, fighting to get both the kids and the Beverly Hills estate, along with two other homes in Utah. She is said to be trying to force King to sign over the property under threat of leaking unsavory infidelity proof to the press.

See photos of the 2010 celebrity splits so far!

"Extra" met with the couple a few years ago for an exclusive interview in their home, where Southwick joked with her husband about their marriage.

Shawn, donning the trademark suspenders in a he said/she said quiz, asked Larry, "Have you ever wished a question you could take back," "Yes," he replied. "Will you marry me?," Shawn laughed.

Giving "Extra" a tour of their home in Utah, Shawn once praised her husband for buying the house for her. "It's a great family house. The family can be all around. Kids can be running in and out, and we're all together. It's perfect for our family."

Southwick reportedly never signed a pre-nuptial agreement. Because they have been married for 13 years, under California law, Southwick would get half the assets in a divorce.