Two students searching through a campus dumpster at a California university found portions of Sarah Palin's contract for a speaking engagement set for June ... and by the looks of the demands, you would think the former Governor was a Hollywood celebrity, not a politician! 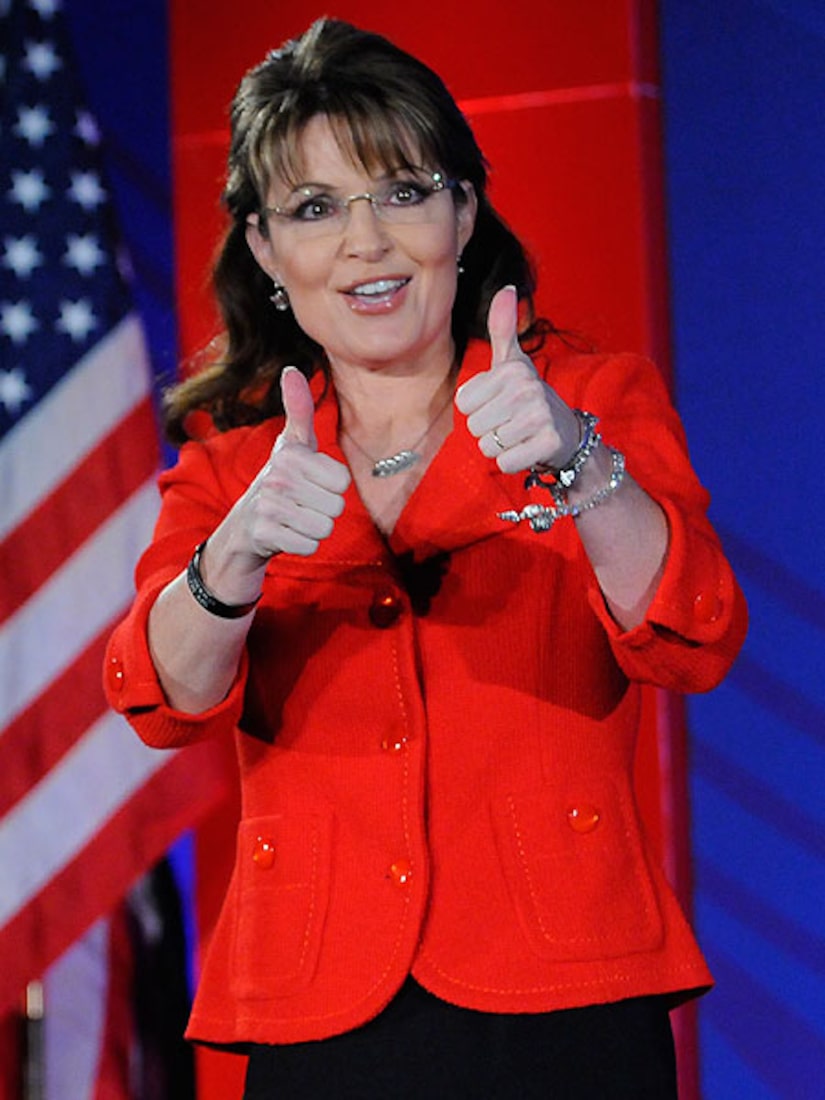 According to the documents obtained by "Extra," Palin's gig as a speaker was sponsored by the California State University Stanislaus Foundation. In the papers, Palin demands first class airfare, but she will fly private, saying "the private aircraft MUST BE a Lear 60 or larger." As for accommodations, Palin must be provided with a "one-bedroom suite and two single rooms."

See photos of Sarah Palin since the election.

The papers did not specify what Palin would be paid, but they were clear on what (and what not) the former gov would answer in a Q&A session: "For Q&A, the questions are to be collected from the audience in advance, pre-screened and a designated representative shall ask questions directly of the Speaker." As for autographs, don't ask. The document says the school "shall not permit or assist in the request for autographs."

Controversy surrounds the booking of Palin as a speaker as lawmakers and students now question whether taxpayer money will be used to provide the former vice presidential candidate with these amenities.