Eva Longoria, Felicity Huffman, Marcia Cross and Teri Hatcher have released a collective statement regarding Nicollette Sheridan's allegations against "Desperate Housewives" creator Marc Cherry, in which they say the show has been a "blessing." 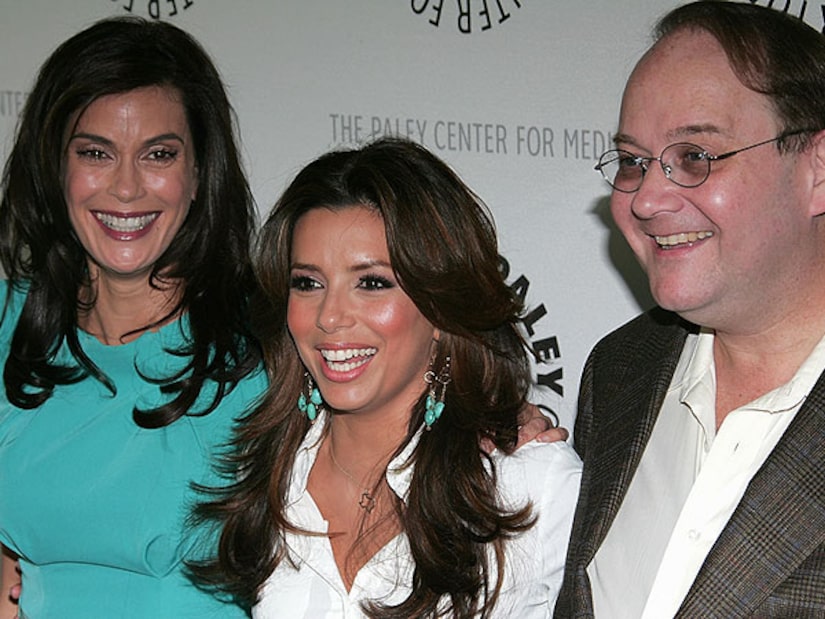 The statement reads: "It would be irresponsible of us to let the public believe that being a part of this show from its inception has been anything but a blessing. We have no first-hand knowledge of what Nicollette may or may not have experienced, but we would never characterize our set as a hostile environment. It is, in fact, the opposite. The friendships and support that Marc Cherry, the cast, the crew and the producers have shared for the past six years have made this a wonderful job that we are grateful for every day."

Hatcher's representatives expressed concern that unsupported stories about her and Marc Cherry have seemingly been used by Nicollette Sheridan's attorneys in an attempt to bolster their argument that the "Desperate Housewives" set is a "hostile work environment" and that Cherry is volatile.

Teri says that her name being brought into these allegations was unauthorized, and added, "While my adoration and respect for the classic and dynamic chemistry of the characters of Susan and Edie is indelible, I'm honored to stand with Eva, Felicity and Marcia, as a group and clarify that our set environment is nothing less than an amazingly positive experience. I have never felt discriminated against. In fact, I have felt heard and respected by Marc and other executives in regards to both my professional and personal needs."

Nicollette Sheridan filed a $20-million lawsuit against Cherry last week, claiming he struck her across the head and face on the set in September of 2008, after she questioned him about a script, and that when she complained to higher-ups, he fired her.