Carey Hartreportedly had a fling with Jesse James' alleged mistress, Michelle "Bombshell" McGee, while he and Pink were separated. 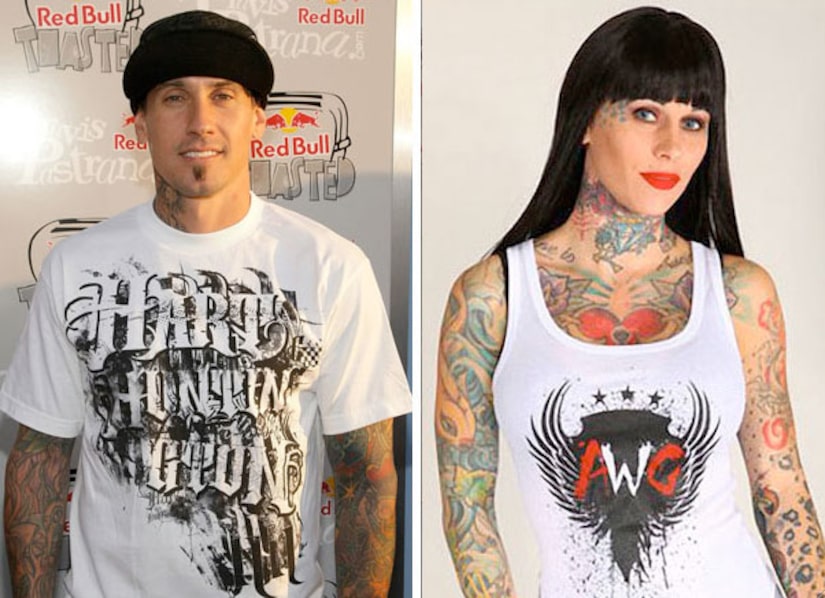 According to McGee's ex-hubby, Shane Modica, Hart and McGee met at a convention in San Diego in 2008, and Carey was a regular at the strip club where Michelle worked.

"I knew about her fling with Carey Hart, Michelle told me that she had slept with him," Modica told Radar Online. "She flew out to Las Vegas to see him, but she was upset that they never got to spend as much time together as she expected to."

Her ex goes on to say, "It's horrible because she sleeps with anybody who she believes can help her out... It is so typical of Michelle because she always goes for the guy who she thinks has the deepest pockets."

Bombshell was the first of five women to come forward with claims of an affair with Sandra Bullock's husband, Jesse James.

James is currently in a rehabilitation clinic in Arizona.