Phil Mickelson's wife, Amy, attended her first tournament since being diagnosed with breast cancer 11 months ago... and her husband won it. 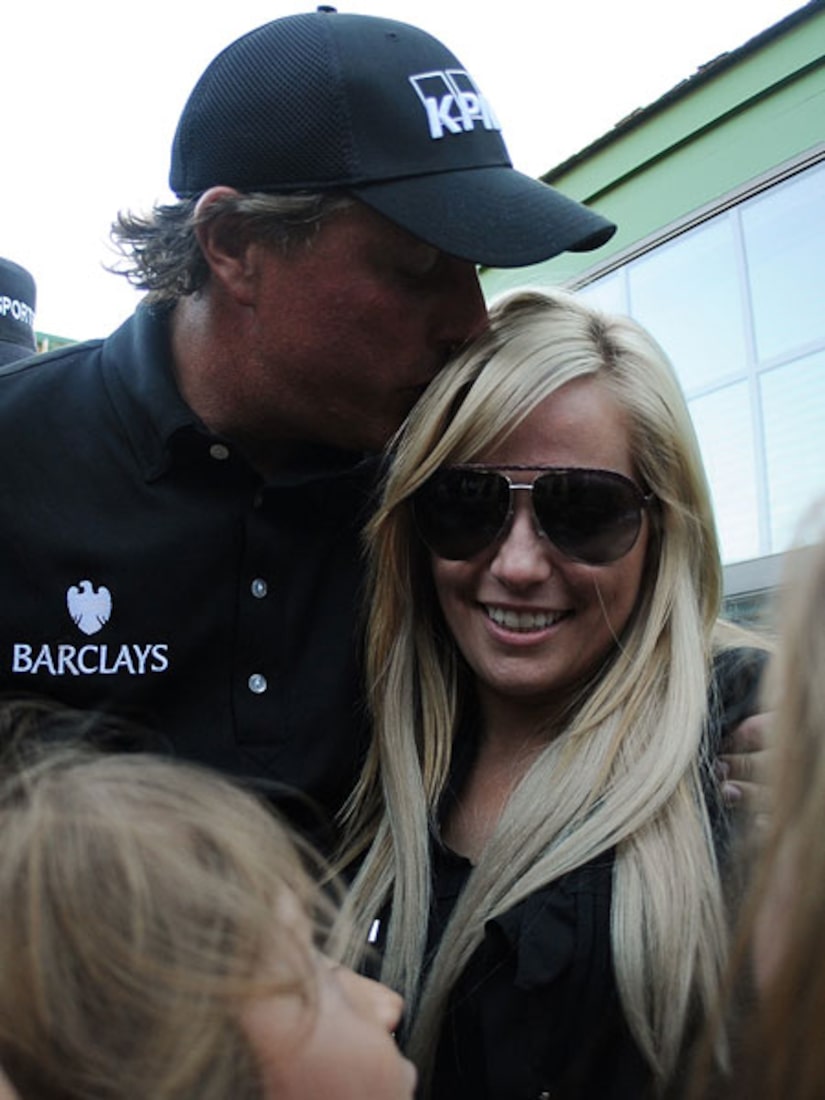 Amy spent the week in bed dealing with side effects of medication, leaving Mickelson to wonder if she would be able to attend the Masters tournament. It wasn't until the golfer saw her smiling in the crowd that he knew she was there.

"It's been an emotional year and I'm very proud of my wife and the fight and struggle she's been through," Mickelson said after his win.

The golf pro was embraced by his wife and three daughters while fourth place winner Tiger Woods walked off the course alone.

"This has been a special day. I'll look back on this day as very memorable. It's something I'll always cherish," said Mickelson.

Phil and Amy met while attending Arizona State University and married in 1996. Mickelson had put his career on hold after his wife and mother were both diagnosed with breast cancer last year.