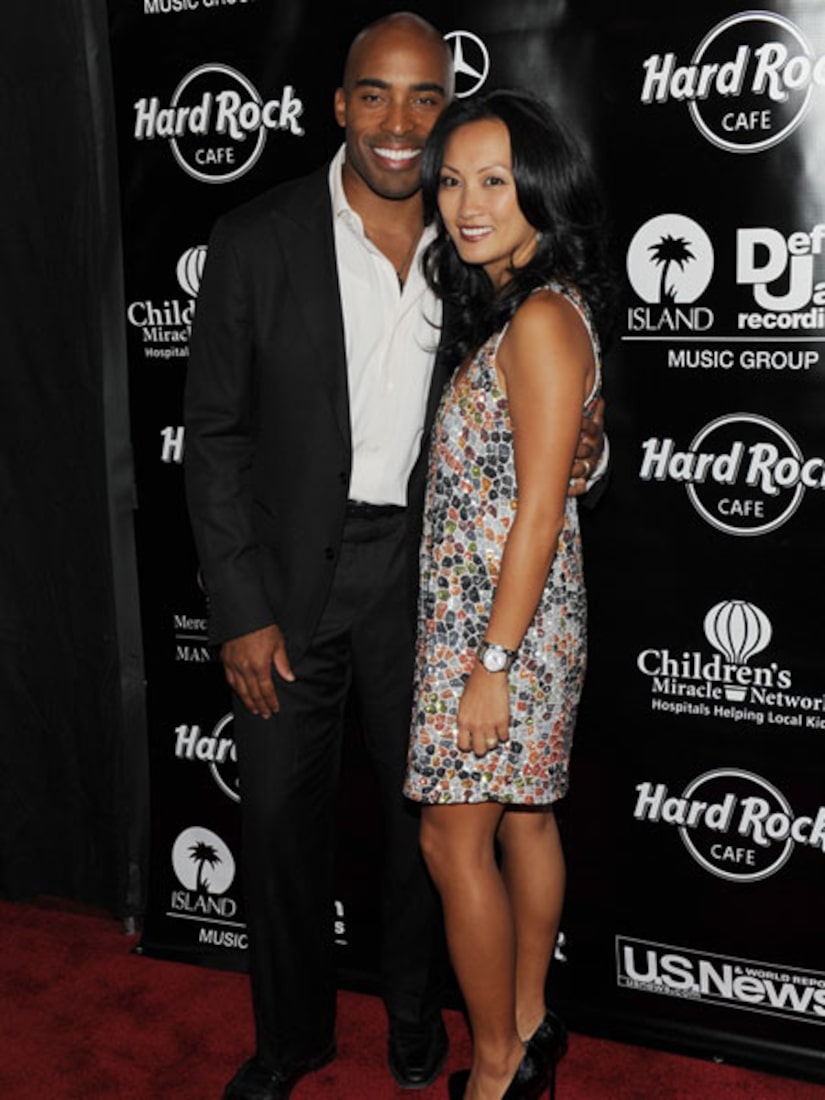 Barber, 35, who is now an NBC "Today" show correspondent, met Johnson, 23, while she was working for the network's headquarters at 30 Rock.

The footballer and his wife, Ginny, have been married 11 years, have two sons, 7 and 6, and are expecting twins next month. Ginny reportedly heard about the affair last year after the running back moved out of their home on Manhattan's Upper East Side.

Check out more of Hollywood's most infamous breakups

Tiki Barber released a statement on Tuesday announcing the split: "After 11 years of marriage, Ginny and I have decided to separate," he said. "This decision was a painful one, but we are moving forward amicably and will continue to work together to raise our children with the love and dedication they have always known."