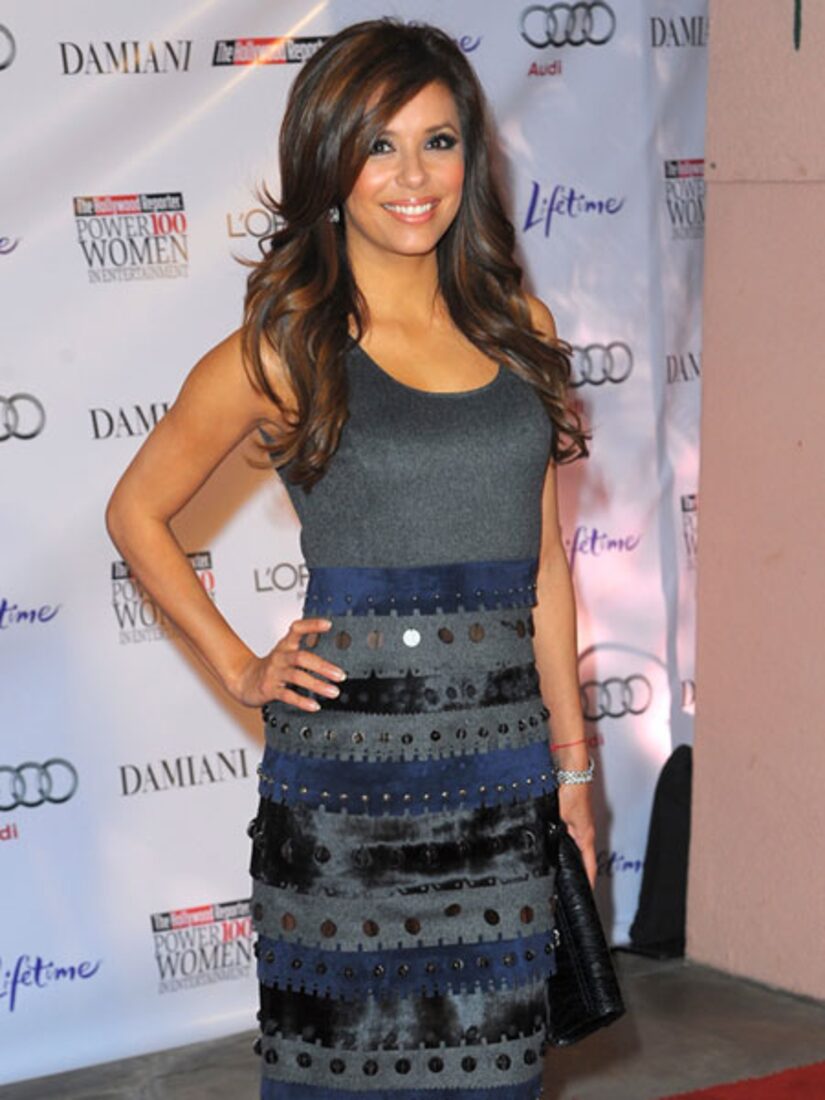 In court papers filed by Sheridan on Monday, the actress claims she was fired from the show after complaining Cherry struck her in the face on-set.

Longoria also called Ryan Seacrest's KIIS-FM radio show on Wednesday morning to discuss the scandal. "I'm really confused about this whole thing. I would love to see her to find out if everything's okay," she said.

Eva wasn't on-set at the time, so she doesn't know any details about the alleged incident, but she says, "I know they did have a thing on-set," she told Ryan. "I guess it was a couple years ago. It's so long ago, the actual incident, and I wasn't on set when it happened. Apparently, this incident had happened, and she felt it was wrong."

The "Housewives" star is hopeful that this will all be worked out. "It's a big lawsuit. I mean, it's a big deal. And you know, I love the show so much that I would hate for anything to really tarnish the reputation of the show."