A subdued and remorseful Tiger Woods gave his first public press conference today at the Masters Tournament in Augusta, GA. 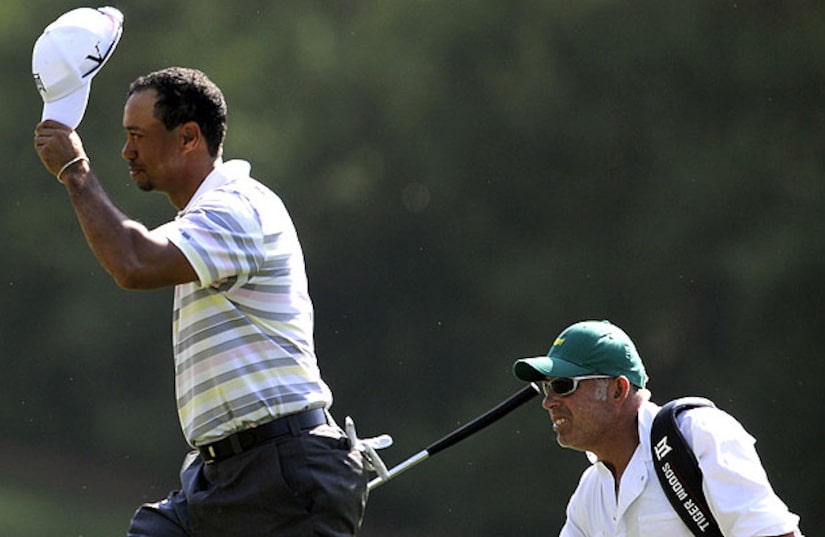 Having had his image and communication tightly controlled, it was Tiger's first meeting with the press in the nearly five months since he crashed his SUV and unleashed a string of revelations about his many mistresses.

See photos of Tiger through the years!

The press didn't hold back today, asking many questions about Woods' rampant infidelity and alleged sex addiction, about his rehabilitation and how he felt about his return to the sport that made him an icon.

"I've had to take a hard look at myself in a light I never wanted to look at before. I lied to myself, my family and had to realize all the harm I have caused," Woods said. He said it's been difficult and that rehabilitation has stripped him down, but that he felt he has come out of it a better man. He also said he will be continuing his treatment.

Woods also confirmed that his wife, Elin Nordegren, will not be attending the Masters, and regretted how his time spent working on his life in rehab (45 days) has affected his relationship with his children. "I missed my son's first birthday and that hurts a lot. I'll regret that for the rest of my life."

The golfer answered questions about drug use, to which he replied that he's never taken illegal drugs, "ever." He did admit to having injections and taking pain meds to help his knee problems and taking sleep medications to ease the pain of his father's illness and death.

The main thing Tiger wanted to convey was his excitement about playing golf again. When he made the statement in February that he didn't expect to play again for a while, he knew then he wasn't mentally or physically ready. But he started practicing more and more and got the itch to play.

Woods was thankful to all the fans who've been cheering him on since he made his appearance on the course Sunday, and said he's looking forward to his first tee-off. "It's fun again." He also admitted that he "acted terrible" and apologized to his fellow players for all they've gone through over the last few months.

"Extra" wants to know: Should Elin go to the Masters and support Tiger, or should she stay home?