Golfer Tiger Woods may have stepped in it again. 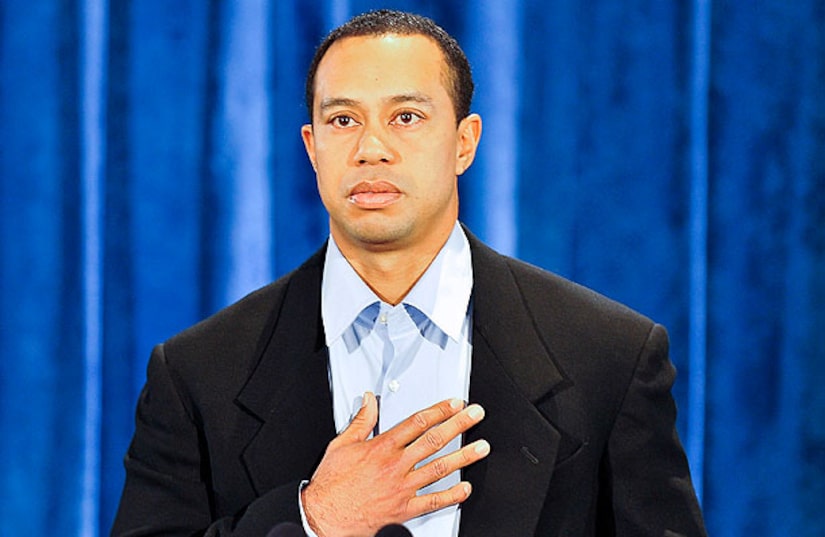 In an excerpt from friend Charles Barkley's 2005 book "The Wicked Game," Woods claims that on his first day of kindergarten, a group of sixth graders tied him to a tree, pelted him with stones and spray painted the "N" word on him.

"That was my first day of school. And the teacher really didn't do much of anything," Woods said at the time.

See photos of Tiger Woods through the years.

Now, that teacher, Maureen Decker, has come forward to say Woods isn't telling the truth. She gave a press conference Friday, set up by her attorney Gloria Allred, to dispute Woods' claims.

"The accusations were false," Decker said. "It never happened." When asked why she was coming forward now, she responded, "My sister watches 'Extra' and told me the story was coming out. I just cannot continue to go on this way. I want a public apology... and a private apology."

Allred said that Decker "remembers Tiger Woods very well because of his cute smile and big glasses. Also, she remembers him as being intense and a perfectionist even at that young age. He interacted very well with other students."