The Oscar winner was spotted leaving her Hollywood Hills home on Wednesday around 6 PM, reports TMZ. 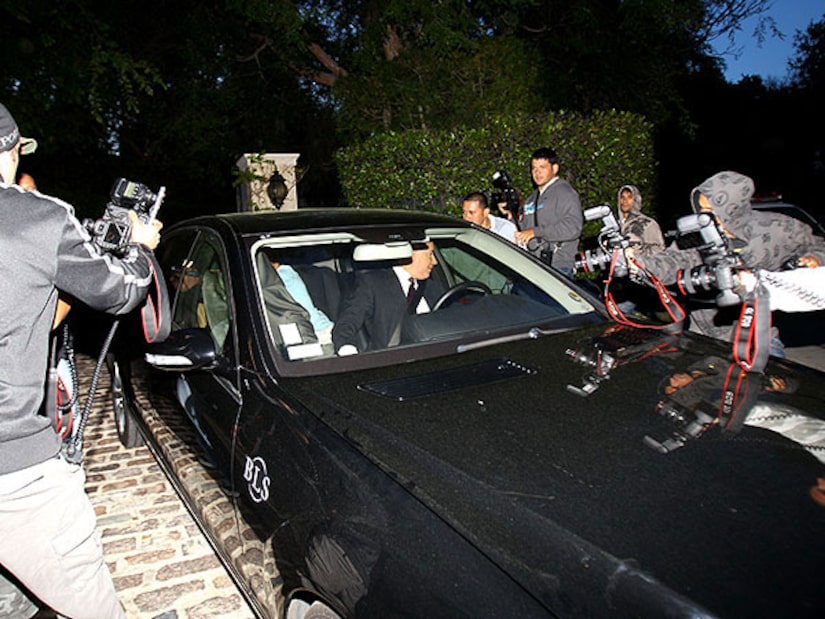 It's the first time Bullock has been seen in public since allegations of her husband Jesse James' cheating scandal hit the media; he's now in sex addiction rehab in Arizona.

She was seen wearing a floppy green hat and was shielded by umbrellas with the assistance of her bodyguard and assistant. Sandra exited her house and got into the back seat of a black Mercedes, which took her to the home of Gabriel Brener.

According to TMZ, Brener is a billionaire who owns a private investment firm specializing in media, real estate and high-technology.

The billionaire investor lives on the same street where Michael Jackson died.