Being tough works when you've got eight kids to corral, but is reality TV mom Kate Gosselin too hard on her "Dancing with the Stars" partner Tony Dovolani? 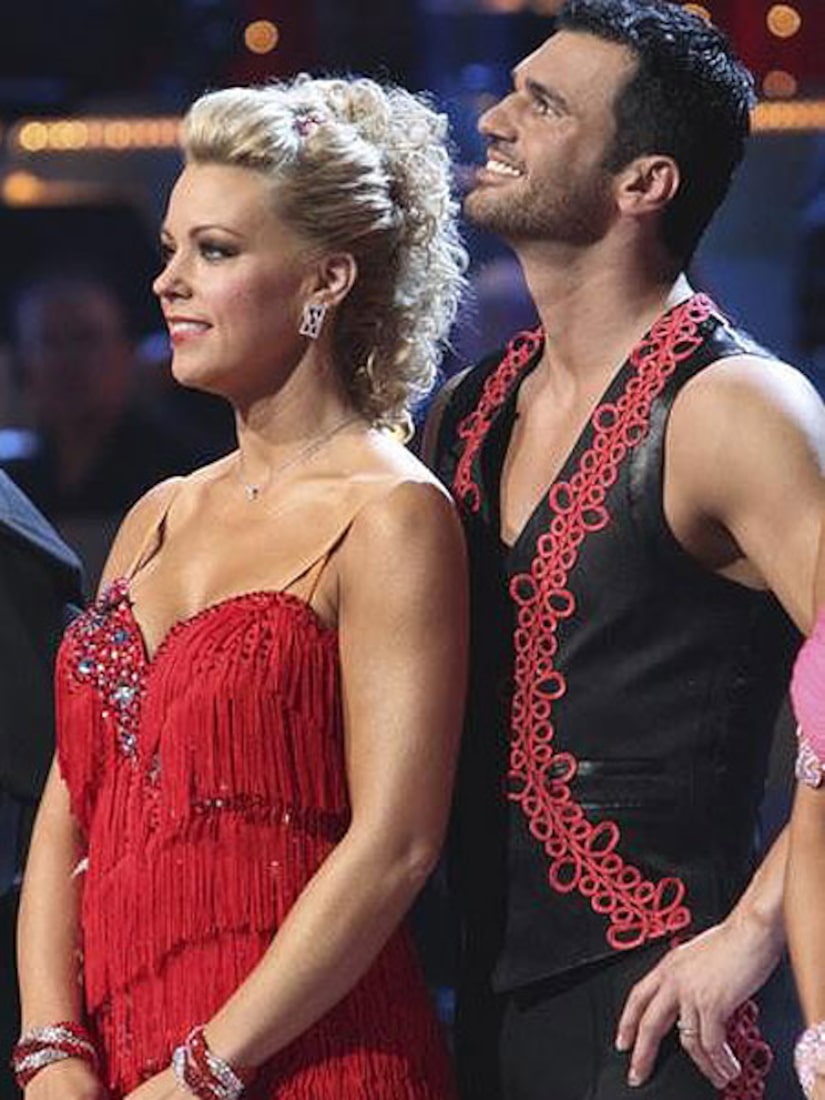 On the dancing competition Monday night, they showed a clip of Gosselin and Dovolani during a heated exchange in rehearsal, in which she said, "He feels like I undermine him as a teacher" and that he wasn't taking into consideration how she learns.

Dovolani eventually stormed off, saying he "quit," but returned shortly, saying he "overreacted." A teary-eyed Gosselin thanked him for returning. "I've had a lot of people quit on me in life," she said.

See photos of the "Dancing with the Stars" contestants in rehearsal!

During the show, Gosselin was visibly tense -- and her performance showed it. Judge Bruno Tonioli called it a "nightmare." Backstage, Dovolani told "Extra," "I guess I said I quit I didn't really mean it." Gosselin tried to put on a brave face, saying, "I said I'll just eat a snack, he'll be back."

Meanwhile, Nicole Scherzinger and partner Derek Hough totally nailed their number, receiving the highest score of the evening with 28 out of 30 points. The first dancing duo will be voted off on Tuesday night's results show.