"Dancing with the Stars" said so long on Tuesday night to Shannen Doherty and Mark Ballas, leaving ten couples to compete for the disco ball trophy. 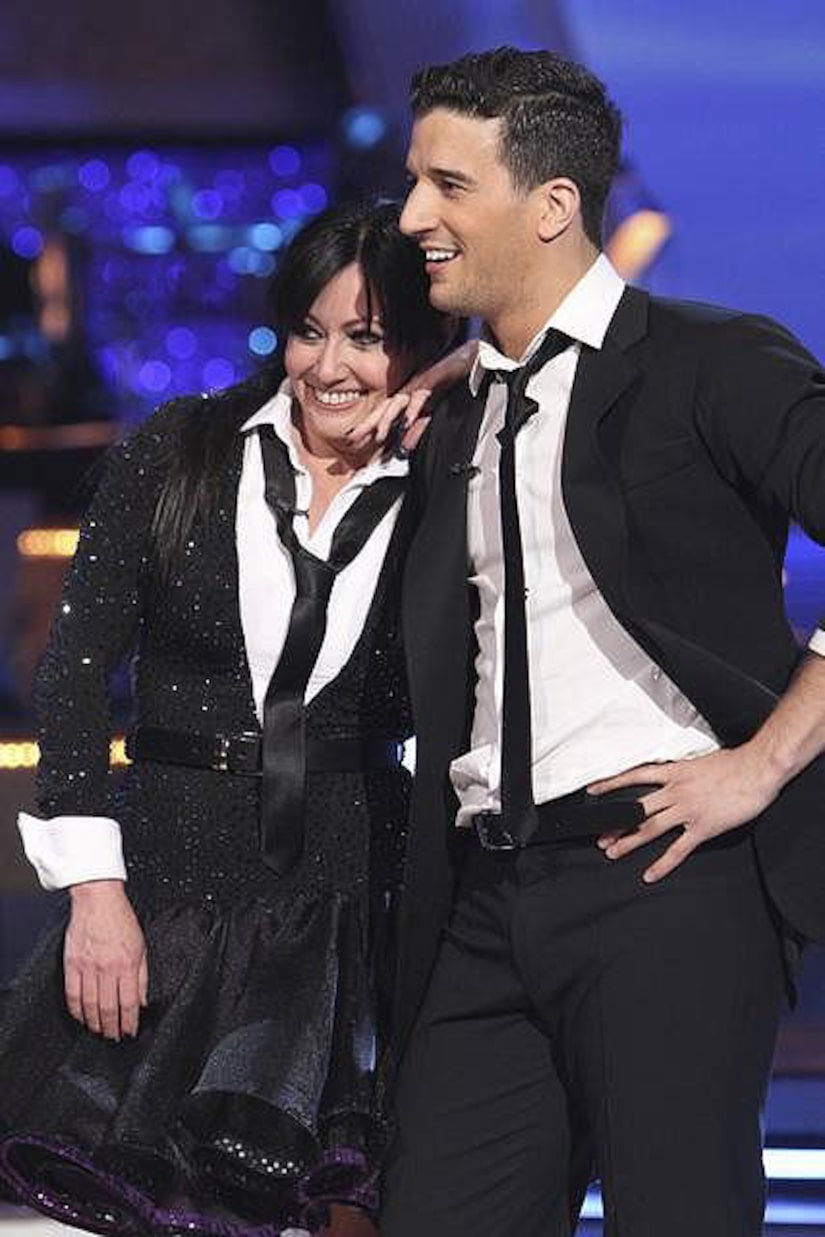 Pamela Anderson and partner Damian Whitewood were part of the bottom three couples, along with Kate Gosselin and Tony Dovolani. The couples performed dance routines to the jive and foxtrot, but it was Shannen and Mark's jive that sent them packing.

See photos of the "Dancing with the Stars" contestants in rehearsal

The former "90210" star was going to have to find a new partner for next week if she made it through. Ballas recently suffered a knee injuring, causing him to lay off of it for at least six weeks.

Tune in next Monday to "Dancing with the Stars" to make sure your favorite couple stays in the competition.