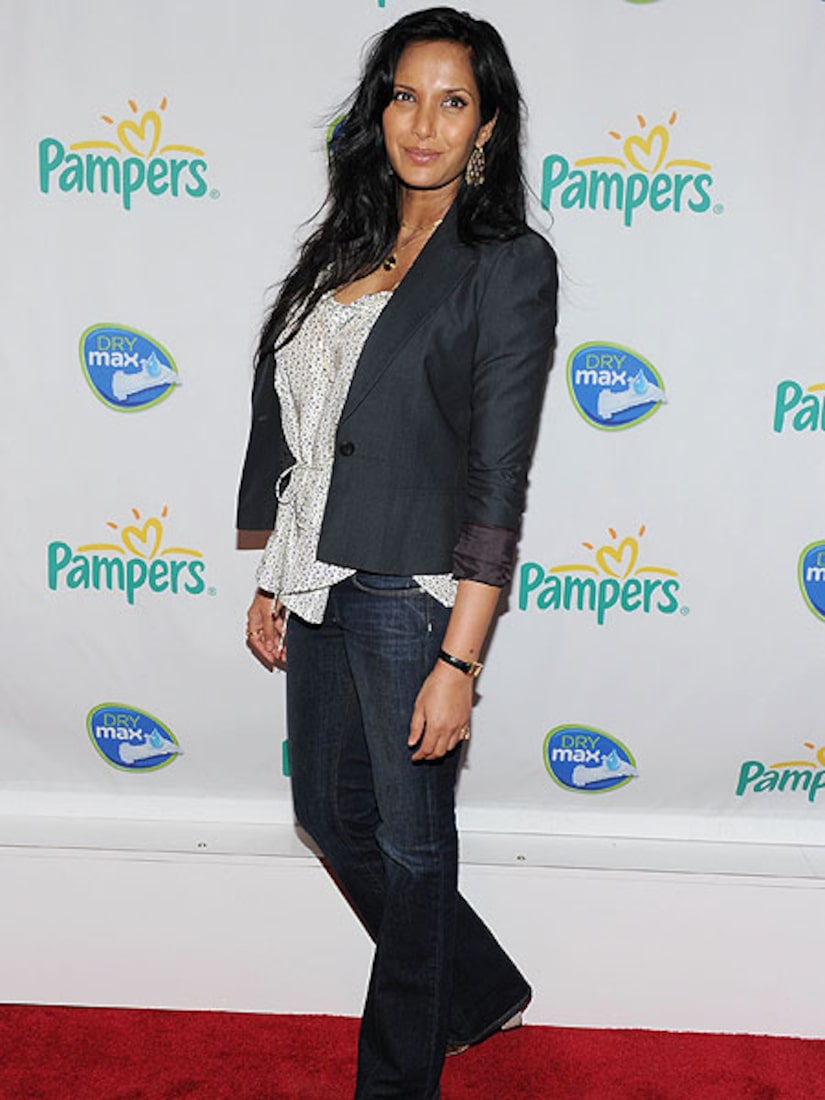 Lakshmi, who gave birth Feb. 20, has tried to keep the father's identity quiet, but it has since been revealed. "Her relationship with Dell was nothing more than an on-again, off-again fling. She moved on months ago," a source tells People.com. "The only role he will have in her life going forward is as the biological father of her child. She wants nothing more to do with him."

"Adam ... signed an agreement spelling out visitation and should live by it," Lakshmi's friend says. "Padma is."