The world's most watched golfer is finally ready to take questions from the press -- and this time it's no-holds-barred for Tiger Woods. 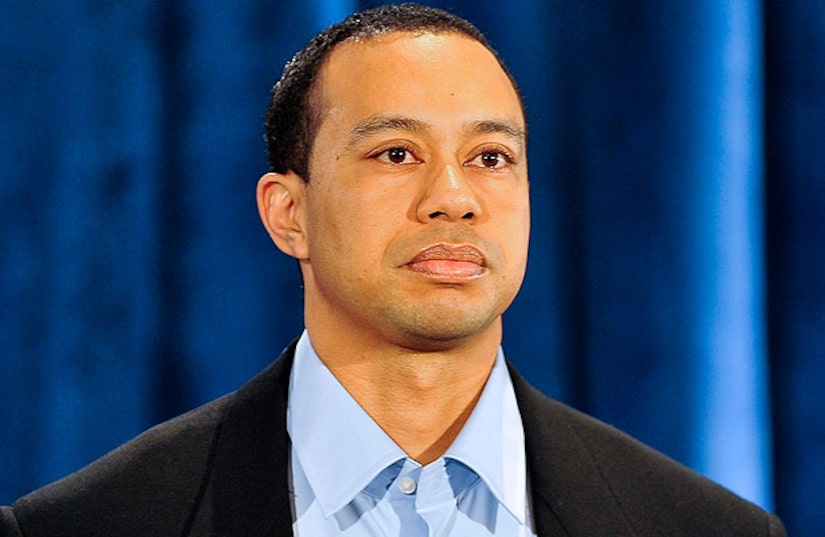 The besieged champ is planning to hold a press conference Monday, April 5 -- the first day of the Masters -- in which he'll make his return to the sport.

It will be Tiger's first meeting with the press in nearly five months -- in which he'll answer reporters' questions. His communication and image has been highly controlled since the fateful night of Nov. 27, when he crashed his SUV into a tree, setting off shocking revelations of rampant infidelity and sex addiction.

After the scandal broke, Woods' only statements were a public apology to friends, family and select press on Feb. 19, and a five-minute interview with ESPN and Golf Channel on Sunday, March 21.

Arnold Palmer, one of the most popular players in golf history, suggested to AP that Woods be more open with reporters. "It's up to him to do and say whatever he feels he needs to do to redeem the situation, put it in the proper place.... I suppose the best thing he could do would be open up and just let you guys shoot at him. And that's just my thought."

The April 5 press conference is part of an ongoing schedule set up by the Masters. Among those also scheduled to speak during the rest of the week include Phil Mickelson, Geoff Ogilvy and Jack Nicklaus.