No, writer/star Emma Thompson didn't bring her husband, Greg Wise, to the London premiere of her new film, "Nanny McPhee and the Big Bang." Instead, she brought a pig. Yes, a pig. 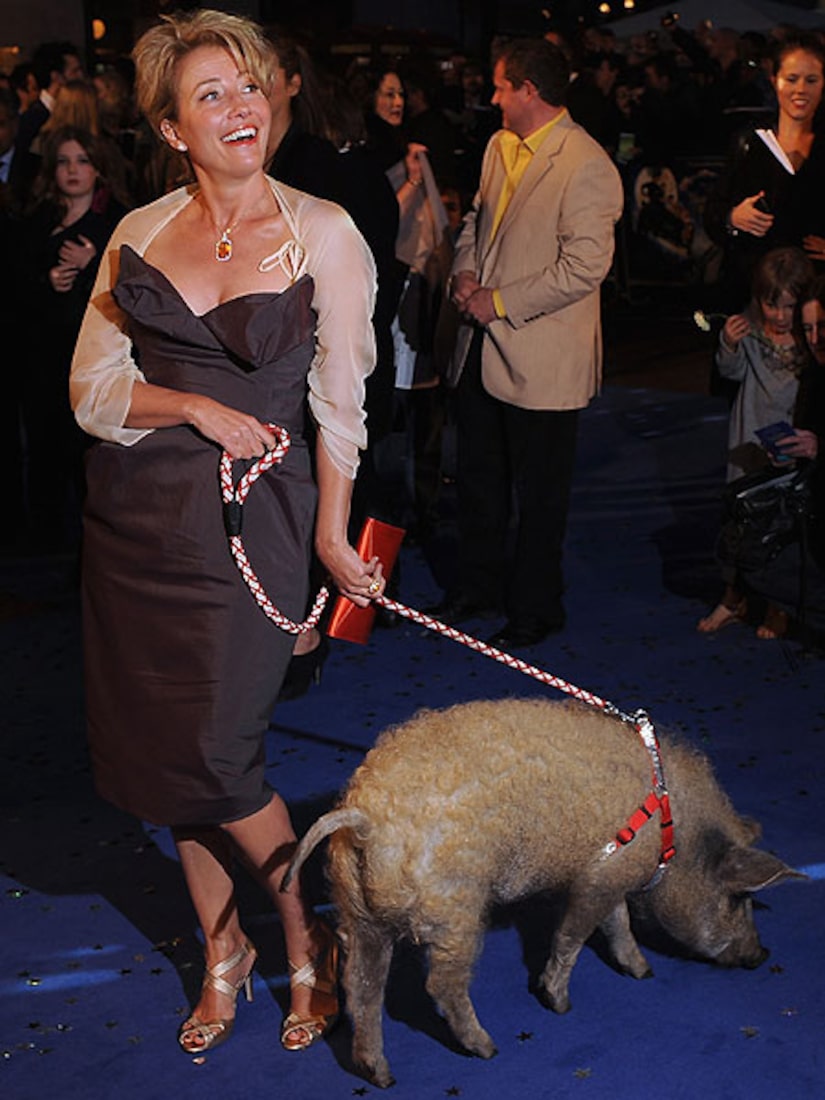 Why? Maybe it had something to do with the sequel to the 2005 kid flick "Nanny McPhee." Thompson is reprising her role as the mystical nanny who straightens out the lives of a family living on a farm during WWII.

Her porcine guest apparently wasn't too thrilled with his big-star treatment, piddling on the blue carpet and generally acting unruly, pulling Thompson in several directions, reports the Daily Mail. She could have used a little of Nanny McPhee's magical powers!

Thankfully, the actress handed-off the animal to its trainer and joined her human castmates at the premiere, including Maggie Gyllenhaal.